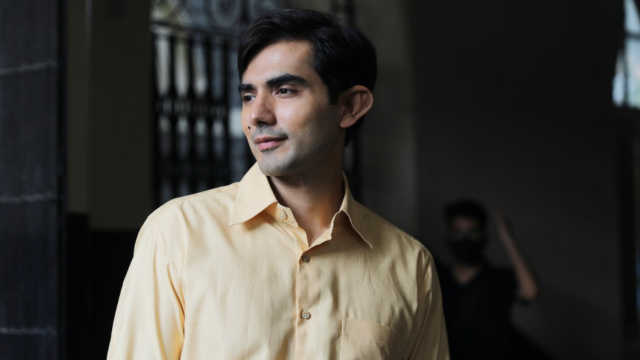 With the second season of Rocket Boys set to release soon, Singh shared how he got into Sarabhai’s character.

“I prepared for Vikram Sarabhai with a multi-pronged approach,” he said in a statement. “I wanted to know him inside out – from his childhood in Ahmedabad to his upbringing [at] Cambridge, the different aspects of his personal and professional life.

It was through this research that Singh came across the works of famous names in this field. “It was like going back to school as I ended up reading science textbooks, I was addicted to MIT lectures [Massachusetts Institute of Technology] Professor Walter Lewin, studied ISRO [Indian Space Research Organisation], the making of the bomb and modern history. I also studied the basics of rocket science and its evolution and that’s how I discovered pioneers like Tsiolkovsky Goddard and Wernher von Braun,” he shared.

However, despite such extensive study, Singh still considered the Pannu storyline to be sacred. “But while I was doing peripheral and prep work, I kept coming back to the script, which was sacrosanct to me and had been so meticulously sculpted by Abhay Pannu,” the actor revealed. “He had done immense research and beautifully intertwined the highlights of Vikram Sarabhai’s life in the story. Over a period of 18 months, we compared notes and handcrafted the character almost like a sculpture. What sums up Vikram Sarbhai is that he was a man of science and that’s how I played him.