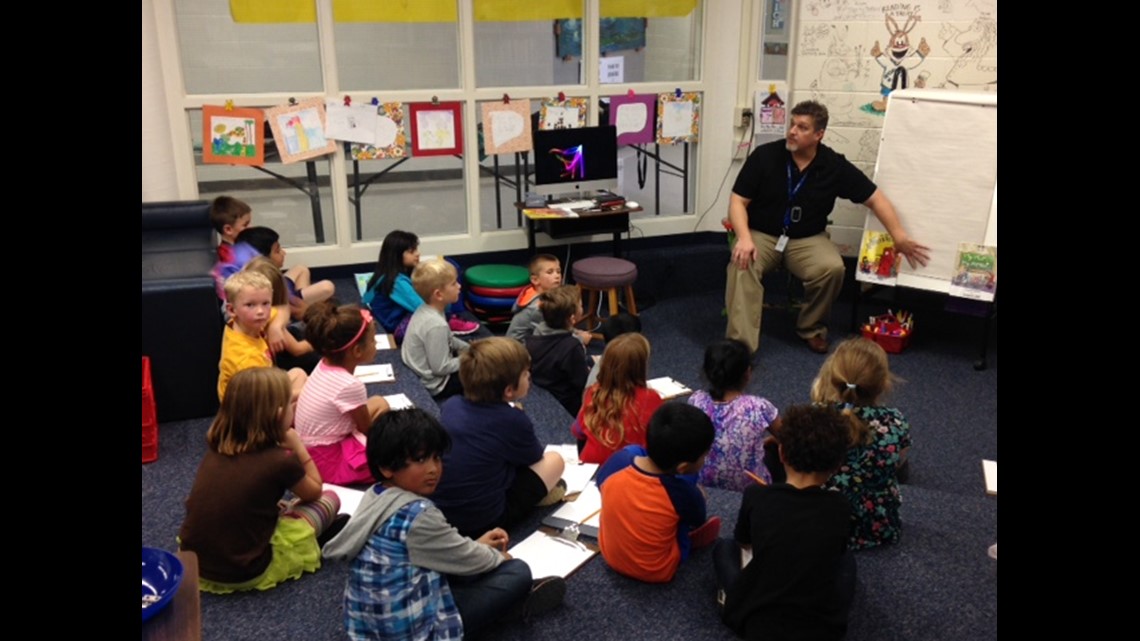 After his military service, a veteran finds a new purpose by creating children’s books

After six years of service in the Air Force, Rick Isbell found a new purpose in life through his words and illustrations.

You get where you are going by going through where you have been.

Rick Isbell is a military man cut from the fabric of the military uniforms worn by his family. His father was a sailor. His grandfathers served in the army. At first, Isbell didn’t think about joining.

“It wasn’t obvious that I was going to the army,” he said. “I actually wanted to go to college and play football.”

But then the 18-year-old fresh out of high school changed his mind.

For six years, Isbell did photo reconnaissance. He was in the Cold War and Desert Storm flying missions out of Germany. His service is forever stamped in time in pictures. Subtle reminders of good and worry.

“The camaraderie,” he says. “Fear… fear will always be with you.”

The fear grew, even more, when his service ended.

“I got extremely sick,” he said.

Ulcerative colitis led to internal bleeding, which led to operations and the removal of his large intestine, which led to personal obscurity.

“I have been diagnosed with depression since I was on duty,” he said.

Through the darkness appeared a new figure…a new goal for Isbell.

His words. His illustrations. His second chance.

Artist by hobby, Isbell put pen to paper and inked two children’s books: “The fault of the monsters” and “My mother, my hero”.

Stories that bring happiness to others.

“I think on top of that, you have to be able to help others,” he said. “That makes me happy.”

This is how Isbell once again found himself.

“What I love the most is seeing the creativity come out of you all,” Isbell said in a classroom at Norwich Primary School in Hilliard recently. “I love seeing the light bulb go on. I love it when you’re all so excited.

His stories, his creation – come to life as the pages turn; Each a direct reflection of Isbell and where he went. And, for him, it is a reason to continue.

“Yes, bad things happened to me, but it helped me to be a better person,” he said.

“Blame it on the Monsters” has sold around 600 copies, and “My mom, My hero” was released in September and has already sold dozens of copies.

Isbell is now the Veterans Affairs Coordinator with the City of Columbus. He says statistics show there are about 100,000 veterans in central Ohio. He also says there are over 500 homeless veterans in the area. For more information and resources available to veterans, click www.ohio.gov/living/veterans.

2016-11-11
Previous Post: Meet the Phoenix Librarian Who Won the Children’s Book Contest With “Up Up Up” on Nov. 19
Next Post: A Year of Borrowed Men: Author Tackles WWII Through Powerful Children’s Book