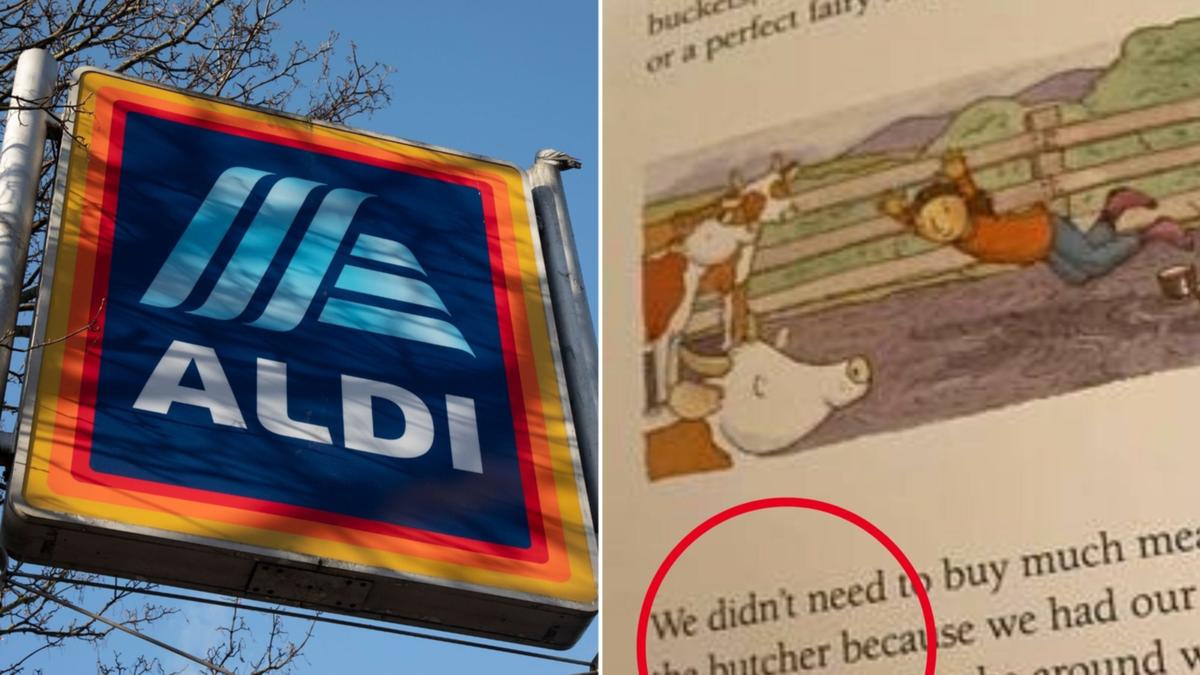 An ALDI buyer sparked a huge debate among her fellow buyers after raising concerns about a children’s book she recently bought from her local store.

Sharing on a popular Facebook group, mom Phoebe said she wondered if the book My farm by Alison Lester – which was available in a recent ALDI special purchases sale – was appropriate bedtime reading for young children.

The book, which was first published in 1992, gives a boundless account of life on an Australian farm.

In one passage it is written: “None of us liked to be there when daddy killed a sheep, but we all liked to help with the butchering. We ripped off the skin and looked inside. Dogs and cats were waiting for treats.

Another part of the children’s book says, “Dad bought an orphaned calf from our neighbor and dressed it in a jacket made of dead calfskin. The cow has now recognized the scent of her own calf and adopted the orphan.

Mum Phoebe asked if the book was appropriate reading for her three-year-old, claiming it was too “bloody”.

“Did anyone else buy this?” Do not recommend! ” she wrote on the Moms Aldi Australia group.

“It’s very honest about life on the farm (my mother grew up on a farm and my aunt is a farmer, yes I eat meat, it’s delicious) and I think it’s too bloody for the little ones children (I read it to my three year old).

“But hey, if you like reading blood and guts and removing skin from animals with your kids, go for it !!”

While some agreed with the mother’s position, many disagreed – saying it was important for children to understand “life on the farm”.

“It’s country life in a nutshell. There is nothing healthier than cutting and dividing meat as a family after a kill, ”said one.

Another added: “This is how we get our meat. I don’t know what the problem is? Circle of life. “

Wrote a third: “Aaah farm life, saying it as it is.”

Another said, “My kids loved tearing the skin off! Good time.”

Another added: “It is time for a book to tell the truth. I grew up on a farm and that’s where we get our meat.

But while others understood it was a fair portrayal of “farm life,” they said they said it was inappropriate for toddlers.

“I understand that this is life on the farm and that children have to understand where and where things come from … but in a nice little storybook, I don’t think so! Would give my grandson nightmares! said one.

Another said, “I mean, they’re right … but not really for kids.”

Wrote a third: “OMG, okay I love his books – but yeah I won’t be buying this one.”

Some proponents of the book were particularly defensive about the passage describing how a farmer put the skin of a dead calf on an orphan calf.

“This is how a cow will adopt a different calf, otherwise she will probably reject the calf, she needs the scent of her own calf,” one said.

Another wrote, “Well, that’s what happened. My dad must have done it recently, otherwise he would have lost both calves.

Adding another: “It’s actually a beautiful thing when a calf is adopted like this.”

“I have a lot of farmers in the family so that’s fine with me, but I just wasn’t expecting that reading to my three-year-old,” she said.