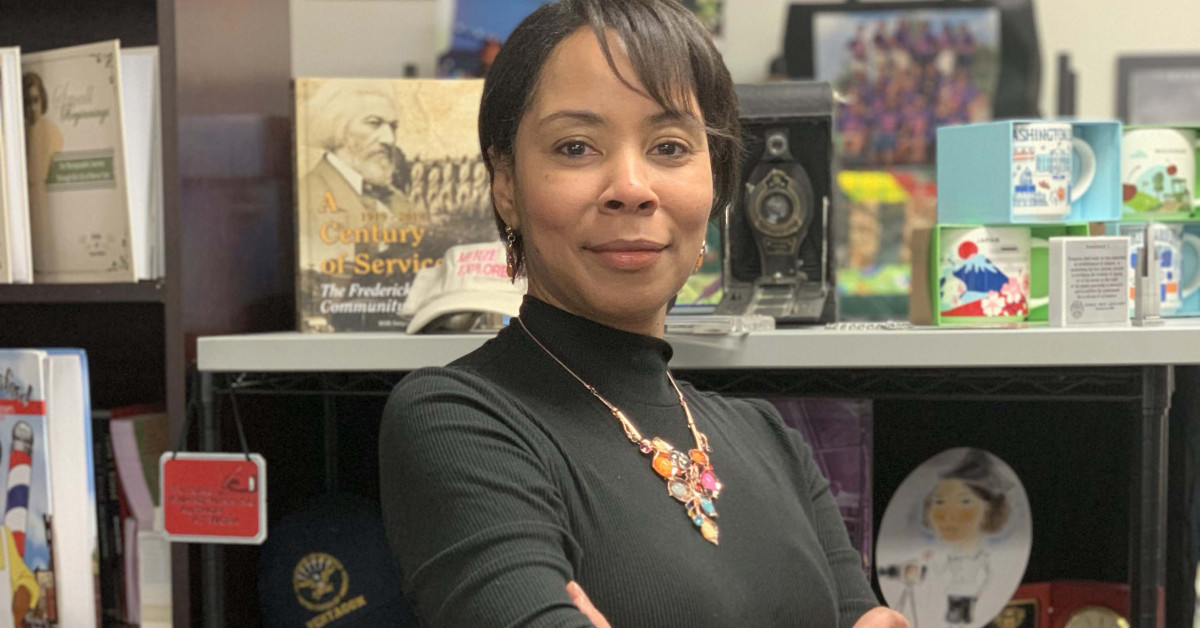 Alumna preserving the past while creating her own legacy | UGM News

February is Black History Month, an annual celebration of achievement and a time to recognize the important role black history plays in the history of the United States and the West. This month, the University celebrates Bronco alumni who have inspired change, pushed boundaries and paved the way for so many more.

KALAMAZOO, Mich.—As a journalist, author, and mentor, Sonya Bernard Hollins chronicled and channeled the spirit of the pioneer Dr Merze Tate while becoming a role model for young people in her own right. 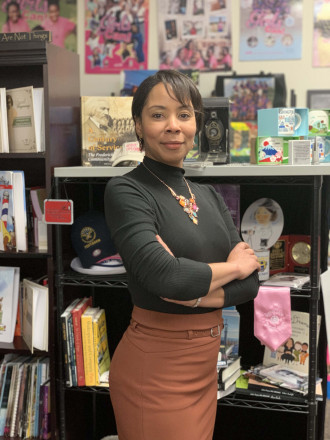 Alumnus of Western Michigan University, Bernard-Hollins learned about Tate’s story nearly 20 years ago while considering story ideas about African-American premieres at WMU. The Kalamazoo Gazette reporter was immediately drawn to Tate’s story as a pioneer in education and inspiration to young students of color as the first black woman to receive a bachelor’s degree from Western, which recently named its newest college in his honor, in 1927.

Her extraordinary life experience “grabbed me and didn’t let go,” says Bernard-Hollins. During her research, she became fascinated with a travel club Tate started when she was the first history teacher at Crispus Attucks High School in Indianapolis, a school established in 1927 by the Ku Klux Klan to segregate students blacks from their white peers. In 2008, Bernard-Hollins started her own travel club for young girls, now called Merze Tate Explorers.

Tate’s travel club of more than 40 students visited Washington in 1932. The teacher created an experience of train rides, hotel stays, and visits to the White House, U.S. Treasury, and National Cemetery of Arlington. For many Tate students, it was their first exposure to a world outside their own; this type of experience is still important and empowering for young black people today, according to Bernard-Hollins.

Bernard-Hollins has the same hopes for girls in grades 9 through 12 who participate in her Exploration Program, which helps girls share their experiences through the media, especially their quarterly publication Girls Can! magazine. Over the years, the Merze Tate Explorers have interviewed women leaders, visited Fortune 500 companies, traveled internationally, and explored academic and professional opportunities.

“I want to help young women not only explore other possibilities, but have conversations about racism, mental health, salary negotiation, financial literacy and more, so young people aren’t caught off guard. when they go out into the world. We teach them what many call ‘soft skills’, which are invaluable in all areas of life.”

Bernard-Hollins and the Merze Tate Explorers at a ceremony naming Western’s new college after Tate, the first black woman to receive a bachelor’s degree from Western in 1927.

Besides the travel club, Bernard-Hollins promotes Tate’s experiences as curator of the traveling photo exhibit, “The World Through the Lens of Merze Tate,” which opened at the Michigan Women’s Hall of Fame. in Lansing, Michigan, in February 2011. And in 2019, she wrote a children’s biography, “Small Beginnings: The Photographic Journey Through the Life of Merze Tate.”

“I wanted Merze Tate to be the inspiration for these young girls that she was for me,” she says. “Knowing more about her and what she’s been through gives you that power, that fire, and that determination to break down those barriers.”

While Bernard-Hollins became a champion of Tate’s life, his own extraordinary story is a testament to that legacy. She grew up in a single parent family and was a single mother herself at 21. As a young mother, she says people drew conclusions about her life based on her race and gender.

“It’s humiliating and demeaning when people don’t see you for your potential, but they see you for your situation,” she says, noting that although her life is separated from Tate by three generations, there are still racial barriers to break down in the 21st century.

Continuing his own legacy

Bernard-Hollins attended Kalamazoo Valley Community College before earning a bachelor’s degree from Western in 1993. She persevered on his way, while challenging himself, to become a journalist. For more than 20 years, she has worked as a professional journalist in daily and weekly newspapers as well as a freelance writer for local, regional and national magazines.

During her years as a journalist, she says she was often entrusted with stories about the African-American community, paid less than her white colleagues and not supported by her colleagues because she excelled as a writer. Although she got caught up in the stereotype that only a black journalist could write about the black community, it was a job she did with pride. “I at least knew these stories were being written and covered with dignity in the media,” she concluded.

Bernard-Hollins has won awards for her writing from the Michigan Press Association, the Associated Press of Michigan, and others. Additionally, she has been recognized for her professional and community service in the Kalamazoo area, serving as a member and board member of various organizations in Kalamazoo and Battle Creek.

She is the author of the book “Here I Stand: A Musical History of African Americans in Battle Creek, Michigan”, and is also a playwright, contributing to Von Washington’s recent production “My Heart Belongs to You, Kalamazoo”. Bernard-Hollins is also often sought out for his help with local history and presentation book projects throughout Michigan and is currently the editor and publisher of Voice of the community online and print magazine, helps with editing and advises others to self-publish their own publications and books.

The mother-of-four says her passion for Tate’s legacy and passing on its history and experiences to future generations, particularly through the Merze Tate Explorers, has been a driving force in her career as well as in his personal character and his growth.

“Merze Tate was like a role model that I used to create experiences for these girls. Even though I never met her, I thought to myself, ‘How can I bring her confidence in the face of gender and racial prejudice, to the world’s travel experiences and passion to learn to live through me?” Her story is what inspires me and what I use to inspire young girls,” she says. “I, for one, want to keep Tate’s legacy alive, and I want to be someone she’s proud of.”