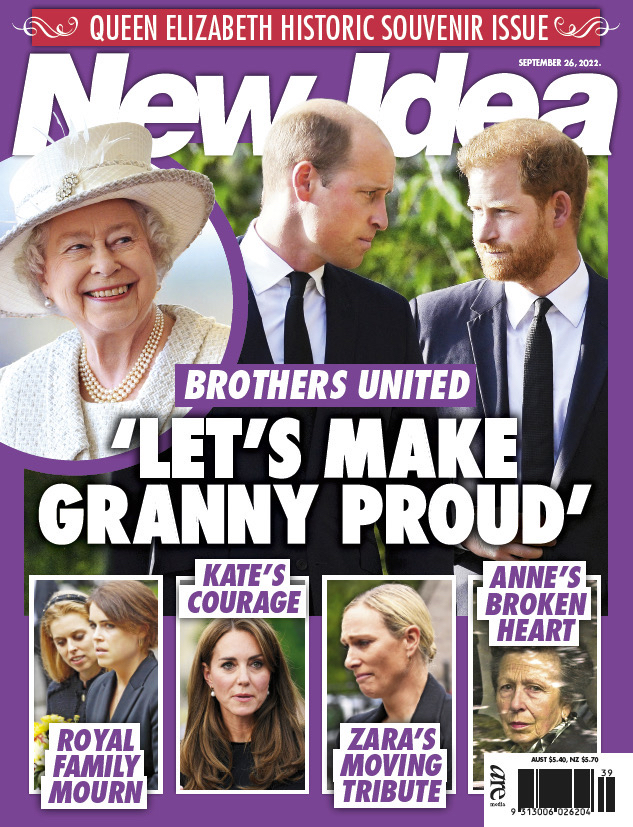 Are Media, Australia’s leading women’s content company, will tomorrow publish a selection of special editions of its magazine brands in tribute to Her Majesty Queen Elizabeth II and her recent passing.

The special editions cover Are Media’s main brands – Woman’s Day, New Idea, Who and The Australian Women’s Weekly, and will collectively feature thousands of images and hundreds of editorial pages in tribute to Her Majesty Queen Elizabeth II.

Fiona Connolly, Are Media Group Publisher – Weekly Titles, said: “We are honored to pay tribute to Her Majesty Queen Elizabeth II with a selection of special editions from our core titles.

“The numbers celebrate the long reign of Her Majesty Queen Elizabeth II, which touched the lives of people across the world.”

women’s day will feature a special commemorative issue featuring the Queen’s life in pictures, while new idea will feature behind-the-scenes information, including reactions from the Royal Family and how Wills and Harry’s reunion went down, as well as a special featuring 100 pages of features.

A special issue of Who will also be available with a glossy retro cover and covering the latest news and photography from around the world, and will be followed by an issue covering the Queen’s funeral next week.

The readers of the Australian Women’s Weekly (AWW) can expect a 164-page edition released Monday, September 19 devoted solely to the Queen through the years, featuring original reports and photographs from the AWW Archive and featuring a retro cover image.

There will also be a special special issue later in the month, including a detailed obituary and coverage of the nine days of mourning and funeral services by royal correspondent Juliet Rieden.

New Zealand plans to publish commemorative issues in the next two issues of Woman’s Day and Woman’s Weekly. The on-sale dates have been brought forward to Thursday, September 15.

AWW’s Instagram also has several offerings for those who prefer social media, and Marie Claire’s TikTok account provided some coverage:

Kate Middleton has been given the new title Princess of Wales, the first time the title has been used since the tragic death of Princess Diana. King Charles III confirmed the news in his first announcement following the death of Queen Elizabeth II. “With Catherine by her side, our new Prince and Princess of Wales will, I know, continue to inspire and lead our national conversations, helping to bring the marginalized to the center where vital help can be given.” #Kate Middleton #princess diana #Prince William #Princess of Wales

♬ i will leave you words – favsoundds

All Royal content will be promoted via a dedicated TV campaign starting Saturday, September 17 on the Seven Network.