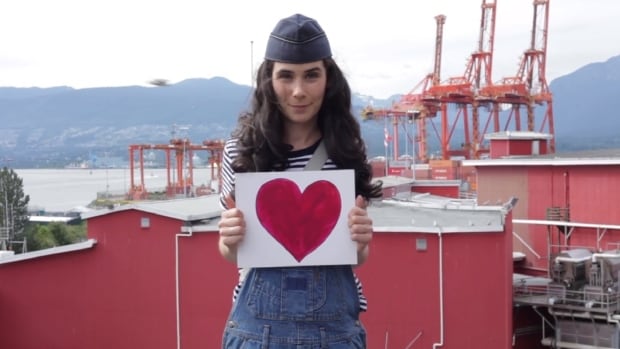 Army of Hearts idea translates into a powerful children’s book

There is no universal way to deal with grief or loss, but many find comfort in the support of others. So when Alex Duncan saw her dad undergo cancer treatment, she decided to rally an army of support for him.

She wrote him a short poem, along with hundreds of portraits of his father’s friends and family, each holding a heart to show their love and support. Then she put it all together in a book called An army of hearts.

“People responded with so much enthusiasm – and when I introduced him to my dad, that energy was transferred,” she told CBC. from north to northwest. “He was so moved that everyone took the time to do this for him.”

But Duncan’s idea didn’t stop there. The poem has since evolved into a children’s book filled with unique illustrations that was officially released this summer.

An army of hearts

The book, published under the same title An army of hearts, reflects the life story of the Duncans: it is about a little girl and her dog gathering an army of support to save a sick loved one from loneliness. The final line of the novel emphatically states that “love is greater than cancer”.

“The story in the book — even though I wrote it for my father — it’s absolutely universally applicable,” Duncan said. “It’s such a universal reality to have an encounter with this disease.”

Duncan says she appreciates children’s books for their ability to tell complex stories in a simple and powerful way, and felt it was important to communicate such a particular and widespread experience to a wide audience.

“I think it’s interesting to convey these messages in such a simple way, in this very beautiful package because often we try to avoid, as adults, or we try to deny, what happens because it’s really hard,” Duncan said.

put it all together

Duncan launched a successful Indiegogo campaign to fund the project, which included a video to garner support. She was able to reach her goal of $15,000 and brought in local artist Paul Morstad for the artwork.

“[Morstad] really respected and appreciated my vision and then brought so much of his own flavor to the table,” Duncan said.

Some of Morstad’s illustrations include an old man (who might be a genius) riding a turtle and an orangutan fighting a fight with a small cat.

“His insights and the life he brought to this book are truly greater than I could have ever imagined.”

An army of hearts is available online and in Vancouver bookstores.

With files from CBC’s North by Northwest

To listen to the full interview, click on the audio titled: Alex Duncan uses his life experience to write a powerful and personal children’s book.