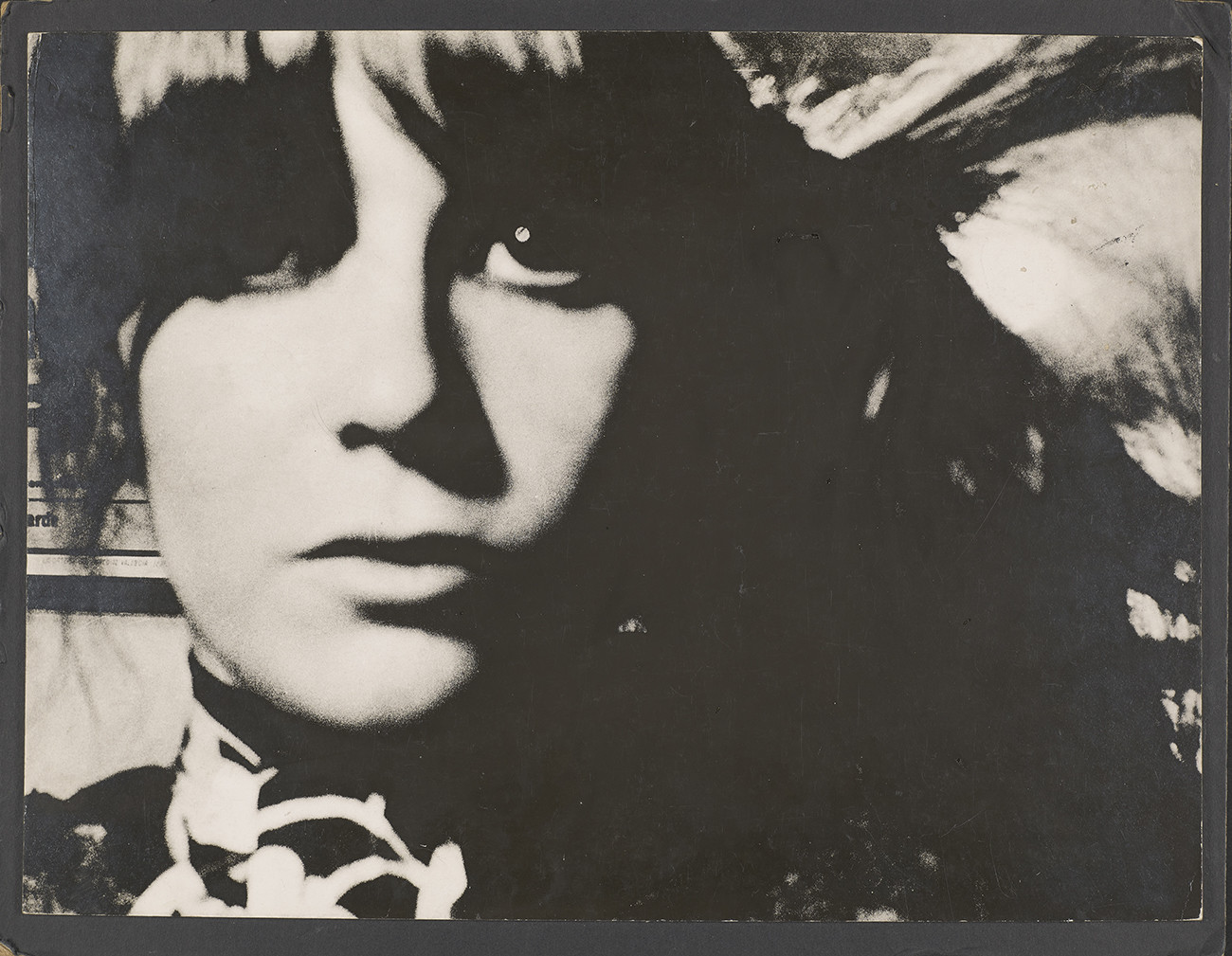 As it is or could be

The Bowdoin College Museum of Art (BCMA)in collaboration with the Minneapolis Institute of Art (Mia) and the George Eastman Museumpresents the photographer’s very first museum exhibition Marcia Resnick. One of the most innovative American photographers of the 1970s, Resnick is best known today for her portraits of the creative community in downtown New York during that decade. Marcia Resnick: As She Is or Could Be will present these portraits alongside the artists’ lesser-known experimental and conceptual photographs, emphasizing Resnick’s neglected role in the history of American photography while emphasizing the continued relevance of the aesthetic, social, and political issues explored through his lens. Co-organized by Frank Goodyear, co-director of BCMA; Casey Riley, Global Contemporary Art Chair and Curator of Photography and New Media at Mia; and Lisa Hostetler, former curator in charge of the Eastman Museum’s photography department, the exhibition will premiere at the BCMA from February 24 to June 5, 2022, before being presented at Mia (from August 13 to December 11, 2022) and at the Eastman Museum (February 10 to June 18, 2023).

“Resnick’s ambition and innovation were unparalleled among American photographers of the 1970s. In just over a decade, she produced a body of work spanning experimental, conceptual, documentary and editorial photographic practices, as well as four distinctive photographic artist books,” said Frank Goodyear, co-curator of the exhibition and co-director of BCMA. “Despite his role in broadening our contemporary view of photography, and although his work has been collected by numerous museums, including the Museum of Modern Art and the National Portrait Gallery, it has never been the subject of of a retrospective exhibition. Casey, Lisa and I are thrilled to have the opportunity to research, exhibit and publish Resnick’s work comprehensively for the first time, and to do so with the contribution and enthusiasm of the artist.

Born in Brooklyn in 1950, Resnick began her undergraduate studies at New York University, where she took her first photographs, documenting people and current events such as anti-war protests. In 1969 she transferred to Cooper Union, where she began experimenting with photographic materials and first encountered the work of Allan Kaprow. Events. Intrigued by Kaprow’s desire to challenge traditionally distinct areas of art while blurring life with her artistic practice, she pursued graduate studies with him at the California Institute of the Arts (CalArts), where she also met and studied with John Baldessari and Robert Fichter. It was at CalArts that Resnick began pushing the boundaries of traditional photography, applying oil paint to his images and playing with the scale of his photographs, sometimes enlarging them to the size of a billboard. A number of works from Resnick’s student years, including a painted photograph of his parents, are featured in As it is or could be.

In 1973, after completing her MFA, Resnick embarked on a cross-country road trip with friend and fellow photographer James Welling. During a trip with Welling, she photographed him from behind with a view of the Grand Canyon. Enthused by the chain of viewers created by the image (the viewer sees what Resnick observes while Welling watches the landscape), Resnick decided to explore this telescoping effect further through his series. To see (1973-1975), of various people seen from behind while observing various landscapes. In his next series See the change (1974-1975), Resnick continued to probe the conceptual possibilities of photography by experimenting with the impact of small “interventions” in the To see photographs, including by drawing or painting on them, or by cutting out fragments. Both series are represented in the exhibition, as are the four photobooks Resnick produced between 1975 and 1978: See, Tahitian Eve, Landscape, and Revisions.

While the history of the photobook genre is usually presented by male photographers such as Robert Frank, Ed Ruscha and Garry Winogrand, As it is or could be questions this story. The exhibition and accompanying catalogue, in an essay by co-curator Casey Riley, highlight Resnick’s contributions to the development of form and explore feminist themes present in her photobooks. Challenging traditional ideas of how photographic artwork should be presented, Revisions, the artist began to experiment by adding short texts to his photographs. In this series, Resnick began to develop a distinctive verbo-visual language that often blurs social commentary and humor, a voice she would later develop during her time at Soho Weekly News (SWN).

In 1979 Resnick began working as a photographer for SWNan alternative weekly founded in 1973 that hoped to compete with the Voice of the village. From 1979 until the magazine’s demise in 1982, Resnick’s portraits were included in almost every issue of the magazine, sometimes on its cover. While SWN, Resnick has photographed a variety of famous personalities, including authors William Burroughs and Allen Ginsberg, musicians James Brown and Mick Jagger, artists Christo and Andy Warhol, activist Abbie Hoffman, and New York Mayor Ed Koch, among others. She also photographed many emerging cultural figures who would become household names, such as composer Philip Glass, artist Laurie Anderson and musician Fab 5 Freddy. Resnick’s ability to bring out his subject, as well as his personal relationships with some of these personalities, has resulted in intimate portraits that capture a lesser known side of these celebrities.

As Resnick photographed those downtown, she also embarked on a new series titled Bad Boysin which she reversed the traditional dynamic of men looking at women by turning her lens to men and probing the idea of ​​the “bad boy”. As it is or could be features a number of celebrity portraits and “bad boy” photographs, as well as work from “Resnick’s Believe-It-or-Not,” a regular column she was commissioned to produce for SWN’s humorous Centerfold section. A sin RevisionsResnick carefully combined text and image to produce witty and humorous commentary, often exploring what it was like to live in New York.

Following a number of personal and societal changes – including the disappearance of Soho Weekly News, a difficult divorce, and the drastic changes in the downtown New York cultural scene – Resnick focused his energies on teaching. Although she ceased actively producing photography in the early 1980s, Resnick’s work endures much more than a record of the cultural scene of 1970s New York: it is a testament to innovation and the creativity that comes from avoiding tradition and pushing boundaries. Marcia Resnick: As She Is or Could Be and the accompanying catalog, published by Yale University Press in association with the Bowdoin College Museum of Art, the Minneapolis Institute of Art, and the George Eastman Museum, aims to highlight Resnick’s neglected role in the history of the American photography. The catalog includes essays by the three co-curators as well as an afterword by Laurie Anderson.

Bowdoin College Art Museum
The Bowdoin College Museum of Art is the cornerstone of arts and culture in Bowdoin. One of the nation’s first collegiate art collections, it began with James Bowdoin III’s bequest in 1811 of 79 European paintings and a portfolio of 140 master drawings. The collection has grown through the generosity of the Bowdoin family, alumni and friends, and now numbers over 20,000 objects, including paintings, sculptures, works on paper, decorative arts and artifacts from prehistory to the present day from civilizations around the world.

Marcia Resnick: As He Is or Could Be
February 24, 2022 – June 5, 2022
Bowdoin College Art Museum
Bernard and Barbro Osher Gallery, Halford Gallery
245 Maine Street, Brunswick, ME 04011
www.bowdoin.edu