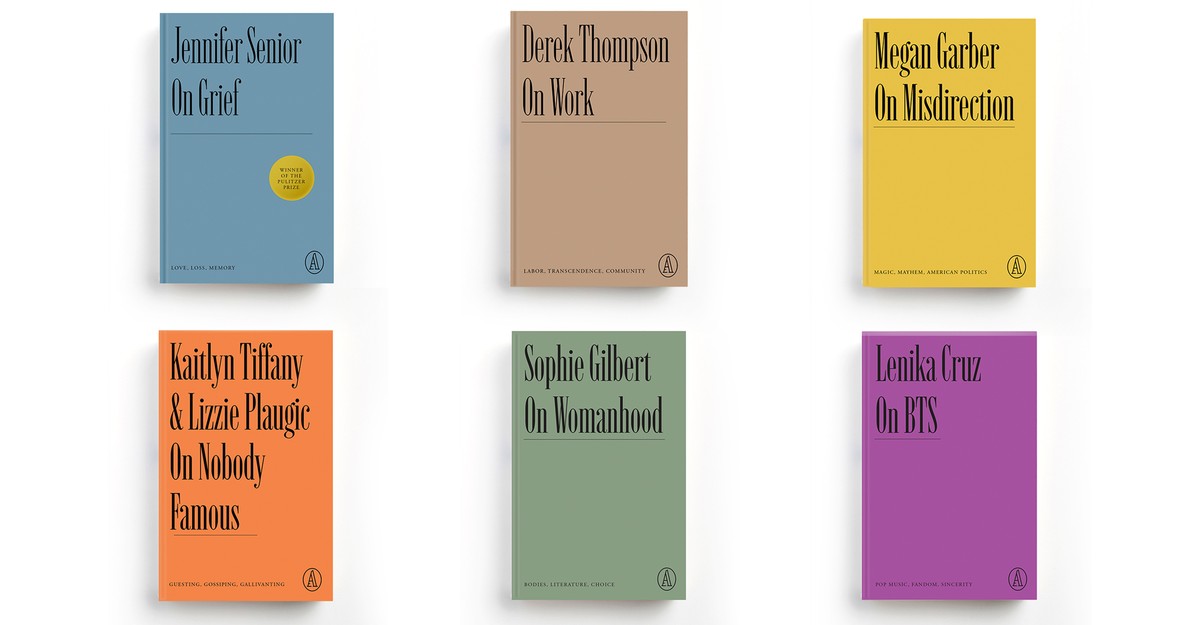 Atlantic Editions, a first of its kind book imprint launched as a partnership between Atlantic and independent publisher Zando, today announced three upcoming titles that will be released in April 2023 from Atlantic writers: On mourningby Jennifer Senior; At workby Derek Thompson; and About Famous Personby Kaitlyn Tiffany and Lizzie Plaugic. All six current titles from Atlantic Editions are available for pre-order now.

On mourning will be senior Pulitzer Prize winning storyoriginally published as “Twenty Years Gone” in Atlanticfrom the September 2021 issue, about a family’s search for meaning after the loss of their son on September 11, 2001. weaving the author’s personal connection to history with sensitive reporting that reveals the long reach of grief.

Tiffany and Plaugic’s About Famous Person is a literary collection drawn from the work the couple started independently, then developed into a Atlantic newsletter. The book invites readers to follow the duo as they explore small parties, weird dinner parties, and aimless New York City parties in their signature irreverent and hilarious prose.

by Thompson At work explores the future of work, technology, and culture at an inflection point in labor history as we grapple with the rise of automation and AI, the “Great Resignation” and a resurgence of the labor movement. Thompson provides influential coverage of these topics through his Work in Progress newsletter and a special feature series titled “Progress.”

“So many readers come Atlantic because they love Jennifer, Kaitlyn, Lizzie and Derek,” said Adrienne LaFrance, editor-in-chief of Atlantic. “I can’t wait for them – and all of us – to experience their extraordinary writing, original ideas, wit and wisdom in book form.”

Books under the Atlantic Editions imprint feature the long-running journalism of Atlantic writers, each devoted to a single topic, and incorporates contemporary articles and classic stories from the magazine’s rich archive. The publisher’s first books – announced in May 2022 and published on January 10, 2023 – are On the wrong direction, by Megan Garber; On femininityby Sophie Gilbert (2022 Pulitzer Prize for Critics finalist); and About BTSby Lenika Cruz. They will offer their definitive writing on, respectively, our fractured attention, feminism, and the cultural influence of the world’s largest band.

Through their partnership, Zando and Atlantic seek to bring these stories to a wider audience by making the books affordable and accessible as individual, definitive works.