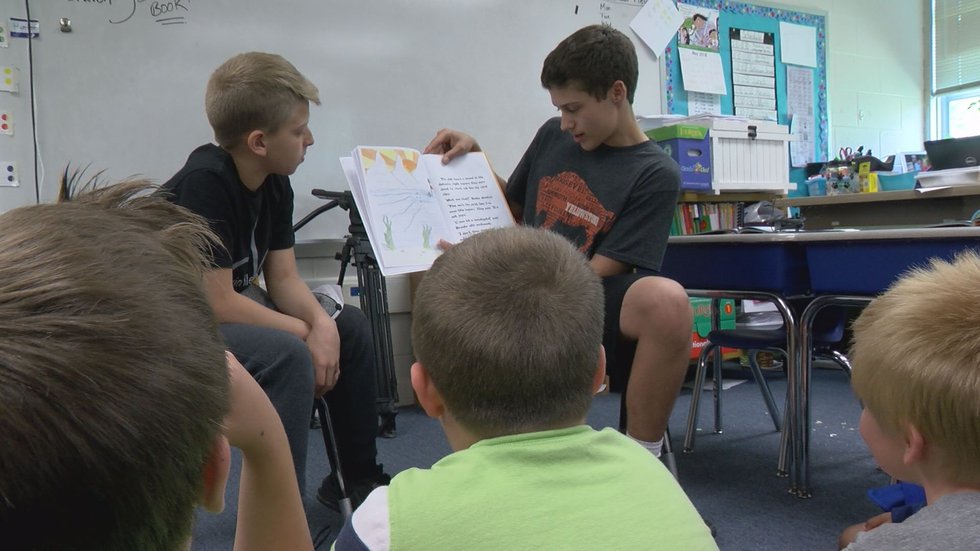 Although audiences haven’t given it much thought, a lot of work has gone into the books they enjoy.

“We had to do a lot of rough drafts before we could even try to do big stuff,” said eighth-grader Ethan Hyler.

His classmate, Erica Ratcliffe, agrees. “You have to modify it many, many times, many times, until it becomes perfect.”

A project to get them more involved in writing, with one goal in mind: the publication and reading of original children’s books during an educational outing to the local primary school.

“It’s been a struggle the last few years to get them to write,” Smith said. and they were like ‘Yeah!’ They were so excited. So that was one of the first times I really saw my kids marvel at writing.

Even if a book requires more work than an average school essay.

“You have to think harder,” Hyler said. “When you write an essay, it’s pretty easy.”

And the reward is greater, especially when you love the end product.

“It’s a very good book,” according to Ratcliffe.