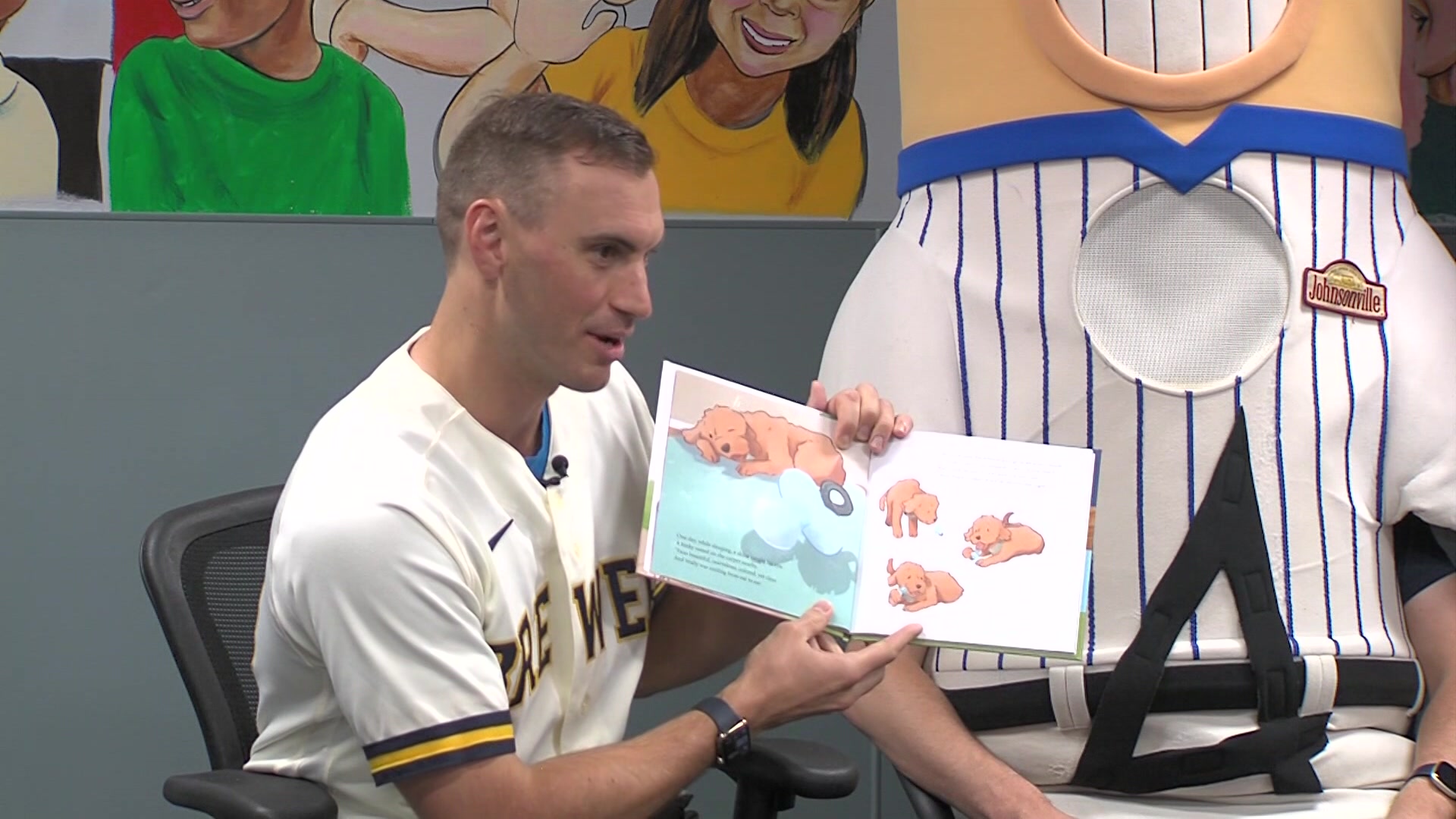 MILWAUKEE (CBS 58) — Brent Suter is more than just a Brewers pitcher. He is also a Harvard graduate, environmentalist and now published author.

“A binky landed on the carpet nearby. It was beautiful, wonderful, colorful, but clear.”

When Brent’s son Liam was born, the 32-year-old wanted to write something for his firstborn.

“More of a personal book because some of them had nothing to do with him,” Suter said.

So he wrote a children’s book, The Binky Bandit, about their family dog ​​Wally stealing Liam’s binkies.

“My dog ​​was mashing binkies at the same time, so he kind of wrote himself as he went,” Suter said.

At first it was just a fun project. Brent had no plans to publish until the local company, Orange Hat Publishing, stepped in.

“They said hey, we want to publish this book, and I was like hey, this is awesome, so fast forward a year and a half later and here we are at the launch date and I guess I’m a published author , so it’s really, really cool.”

Milwaukee artist Jayden Ellsworth illustrated The Binky Bandit which officially launched when Suter went to the Next Door Foundation to read for a few kindergarten classes.

“Obviously the kids are the future and the more we can tell them we have people who care about you, especially in Milwaukee a city that is so important to me and my family, we want to reach out and touch as many lives as we can.”

“This new book is a perfect way for Brent to get out here and talk to our kids and show the community the work he does beyond baseball,” said Next Door President Dr. Tracy Sparrow. Foundation.

Always thinking about the environment, the book also includes 10 ways to help the planet at the end of the story.

The Binky Bandit is available now online and in the Brewers team store.