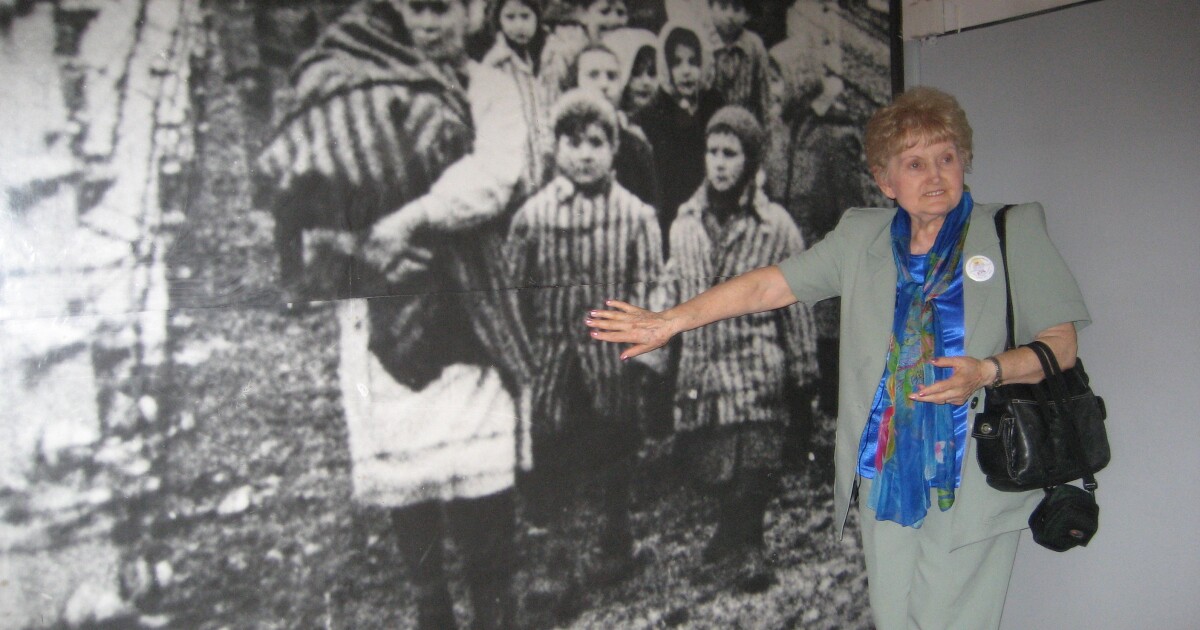 Children’s book tells story of Eva Kor and the Holocaust

TERRE HAUTE — Decades after the Holocaust, the story of Eva Mozes Kor and her sister Miriam lives on through many different avenues.

A new book, “I Will Protect You”, has been written by Kor and author Danica Davidson. The two met after one of Kor’s speeches in 2018.

“She was so adamant about how smart kids are and what they understand and how we need to tell them these stories in an accessible way because we haven’t been and we see what’s going on. when we don’t,” Davidson said.

The book goes through anti-Semitism, survival at the Auschwitz concentration camp, and the events and emotions that occurred after liberation in 1945.

“It’s a very rare child’s perspective and that’s what can make it work as a children’s book, because it’s from a child survival perspective,” Davidson said. “This book also ends with Eva finding healing.”

Eva and Miriam opened the CANDLES Holocaust Memorial Museum and Education Center in Terre Haute in 1995. It is Indiana’s only Holocaust museum and the town is the former home of Eva and her husband Mickey. The museum’s current executive director, Troy Fears, said the opening was Eva’s way of honoring his sister after her death in 1993.

Fears recognize that the Holocaust is a heavy topic for people of all ages, especially children.

“We try to tell Eva’s story – it’s a powerful story. It’s not just a story of forgiveness, but just of hope, healing and perseverance. The kids really like it and they gravitate really around his story because it’s a powerful story,” Fears said. . “He’s the one that encourages everyone not to give up and, you know, keep fighting for your dreams and fighting for what you think is right. In this case, [Eva] was fighting to live and it was because she wanted to be with her sister, and she wanted to experience, you know, what life was like outside of Auschwitz.”

The Indiana Historical Society opened two new exhibits this year on Eva’s story and the Holocaust.

“Eva Kor from Auschwitz to Indiana” focuses on her life and legacy, while Dimensions in Testimony offers visitors ways to interact with Holocaust survivors. Both exhibitions are open until January 2024.

I will protect you is available from the Indiana Historical Society, online and in bookstores.