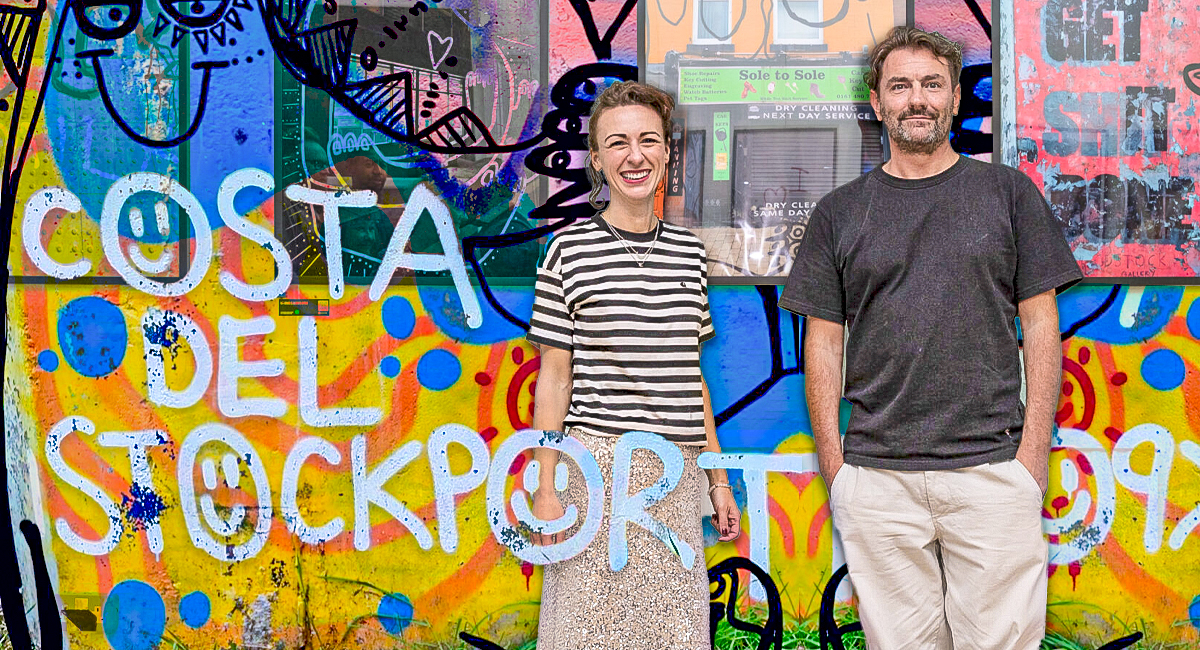 The images of Kelly, taken during her daily walks, are a reflection of the city and its outskirts during a dark time for Manchester. Her work spans themes around society, fashion and music – with a formidable portfolio that includes The Arctic Monkeys, Amy Winehouse, Pete Doherty, Dr Martens and Fred Perry.

Evans is an artist and illustrator who made a name for herself during lockdown with doodles on the Monton High Street window. By exploring form and color, she creates drawings of positivity and snippets of life; as it was – and as it will still be.

“My Utopia” sees the two creators collaborating to create a meaningful juxtaposition of experiences and artistic disciplines. Together they combine mediums to build a comprehensive expression of two very different visions of the city. Most notably, their works echo a journey that evolves from something desolate to something hopeful.

The exhibition is due to open on Thursday August 4 at 7 p.m., where the music will also be provided by Chris Massy, which has been an integral part of Manchester’s underground electronic music scene. Most famous for its DJ sets that jump between genres such as house to disco, boogie to techno, guests should expect a myriad of great tunes throughout the evening.

As an independent coffee bar, Electrik is nestled in the suburb of Chorlton, offering high quality food, drink and service in an intimate, down to earth setting. With an impressive selection of beers and ales from around the world on draft, on tap, in bottles and in cans, an extensive wine list, a perfectly curated selection of spirits, plus an ever-growing cocktail menu including the classics.

The main menu is at the top Four-sided vegan pizza and their mouth-watering take on a classic Detroit-style pizza with assorted sides.

My Utopia comes out Thursday, August 4 at 7 p.m. FREE ENTRANCE.