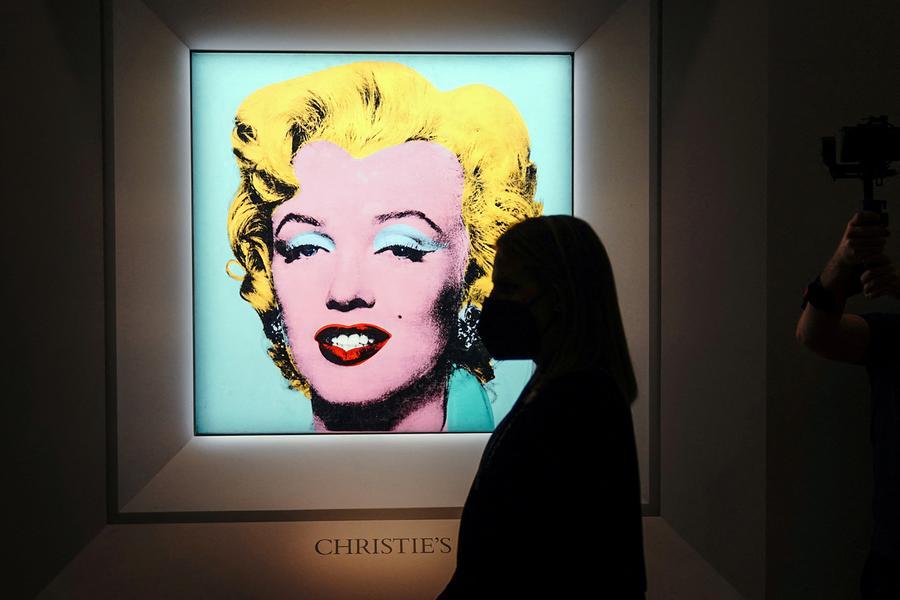 UAE – Meet Iraqi-American artist of Kurdish origin Hayv Kahraman The interpreter a 2016 work, a two-part oil on wood, uniting Asian and European influences, drawing inspiration from several feminist ideologies, and exploring the concept of women burdened by their own culture. The painting is estimated at $80,525 at Christie’s upcoming Contemporary Middle Eastern Art online sale from October 12 to November 3, as well as a live auction of Middle Eastern Modern Art. November 2.

Christie’s Middle East will host a diverse first look – from mirrored disco balls to painted diptychs – of some of its upcoming Modern and Contemporary Middle Eastern art auctions at its gallery in DIFC Gate Village (Building 5, Podium Level) from September 16 to 24. Art lovers can also get a rare glimpse of pieces from Robert Devereux’s Sina Jina collection, highlighting the growing regional interest in African art.

Collectors have the opportunity to see the reverse glass mosaic by the late Iranian artist Monir Shahroudy Farmanfarmaian Mirrorball 1970s, examples of which were included in the artist’s 2015 retrospective at the Guggenheim in New York, and one of which was a gift from the artist to his dear friend Andy Warhol. The exquisite artwork is estimated at $92,110.

A lightbox of Ahmed Mater from the Kingdom of Saudi Arabia titled evolution of man (2010) will illuminate the Christie’s showroom, echoing the rapid growth of the country since the discovery of oil. It is estimated at $34,540.

The painting of the late Palestinian painter and art historian Kamal Boullata Angelus II-1 (2017) demonstrates his mastery of colorful geometric abstraction, honed during years of study at the Academy of Fine Arts in Rome and the Corcoran School of Art in Washington, DC. It is estimated at over $40,000.

This is the 2019 painting by Palestinian artist Hazem Harb, which superimposes acrylic letters spelling out “Hollyland” in Hollywood’s ubiquitous block letters over a stock photograph of Jerusalem and is estimated to be in over 40,000 $.

The auctions feature iconic pieces from the Arab world and Iran, including masterpieces by Mohammed Melehi, Monir Farmanfarmaian and Etel Adnan. The auctions also feature a more contemporary focus, including emerging and established artists from the region such as Ali Cherri, Dana Awartani, Ahmed Mater and YZ Kami.

Following Christie’s collaboration with Gallery 1957 in December 2021 to showcase African art in the United Arab Emirates, Christie’s Dubai will exhibit works from Robert Devereux’s Sina Jina collection. The October 13 auction of 70 works in London is set to be the largest single-owner sale of contemporary art from Africa and the diaspora, as demand continues to grow.

Robert Devereux has been supporting the arts and artists since the 1980s and began acquiring works for his Sina Jina collection in the early 2000s. associated with the house of Devereux on the island of Lamu, Kenya.

Dr. Ridha Moumni is an art and archeology historian with an academic and professional specialization in antiquity and ancient and modern art. He got his doctorate. in North African Roman architecture at the University of La Sorbonne before joining the Villa Medici as a member of the French Academy. He returned to Tunis in 2014, where he worked as an independent research-based curator and curated photography and modern art exhibitions, including The Awakening of a Nation in 2016 (The Awakening of a Nation: Art at the Dawn of Modern Tunisia), where he posted the first abolition of slavery and the first constitution in the Arab world. Prior to joining Christie’s, Dr. Ridha was an Aga Khan Fellow in the Department of Art History at Harvard University. Dr. Ridha recently co-authored Artists from Tunisia (Cérès Editions, 2019) with Elsa Despiney, a book on Tunisian visual artists from the 19th century to the Revolution and is currently working on a book project exploring the collections of the Bardo National Museum.

Meagan Kelly Horsman, an Anglo-American of Scottish origin, who joined Christie’s Middle East three months ago, moved to Dubai in 2010. She quickly established a solid network with private and public institutions, collectors of art, artists and gallery owners in the region. . Throughout her career, Meagan has been responsible for placing key works of art from the region into important private and public collections. She was responsible for coordinating loans to key international and regional institutions, managing collections including acquisition, identifying restoration needs, implementing new collection management solutions and analysis of the art market. Meagan studied Art History at the University of Glasgow and is known for her expertise in Middle Eastern, North African and Iranian art.

Founded in 1766, Christie’s is a world leader in art and luxury. Renowned and recognized for its expert live and online auctions, as well as its bespoke private sales, Christie’s offers a full portfolio of global services to its clients, including fine art appraisal, financing of works of art, international real estate and education. Christie’s has a physical presence in 46 countries, across the Americas, Europe, the Middle East and Asia-Pacific, with flagship international sales hubs in New York, London, Hong Kong, Paris and Geneva. It is also the only international auction house authorized to hold sales in mainland China (Shanghai).

Christie’s auctions cover more than 80 art and luxury categories, including watches, which take place twice a year in Dubai, at prices ranging from $200 million to more than $100 million. In recent years, Christie’s has achieved the world record price for a work of art at auction – the Renaissance painter Leonardo da Vinci Salvator Mundi — in 2017, Andy Warhol Blow Sage Blue Marilyn (2022) and for a work by living artist, Jeff Koons’ Rabbit (2019).

Christie’s is also recognized as a benchmark for prestigious single-person collections, having auctioned eight of the 10 most important collections in history.

Christie’s Private Sales offers a seamless service for buying and selling artwork, jewelry and timepieces outside of the auction schedule, working exclusively with Christie’s specialists at the client’s individual pace .

Recent innovations from Christie’s include the groundbreaking sale of the first non-fungible token (NFT) for a digital artwork ever offered at a major auction house – Beeple’s Everydays, March 2021) – with the unprecedented acceptance of the cryptocurrency as a means of payment. As an industry leader in digital innovation, Christie’s also continues to pioneer new technologies that are redefining the art industry, including the use of hologram technology to visit life-size 3D objects around the world, and creating viewing and auction experiences that incorporate augmented reality, global live streaming, buy-it-now channels and hybrid sales formats.