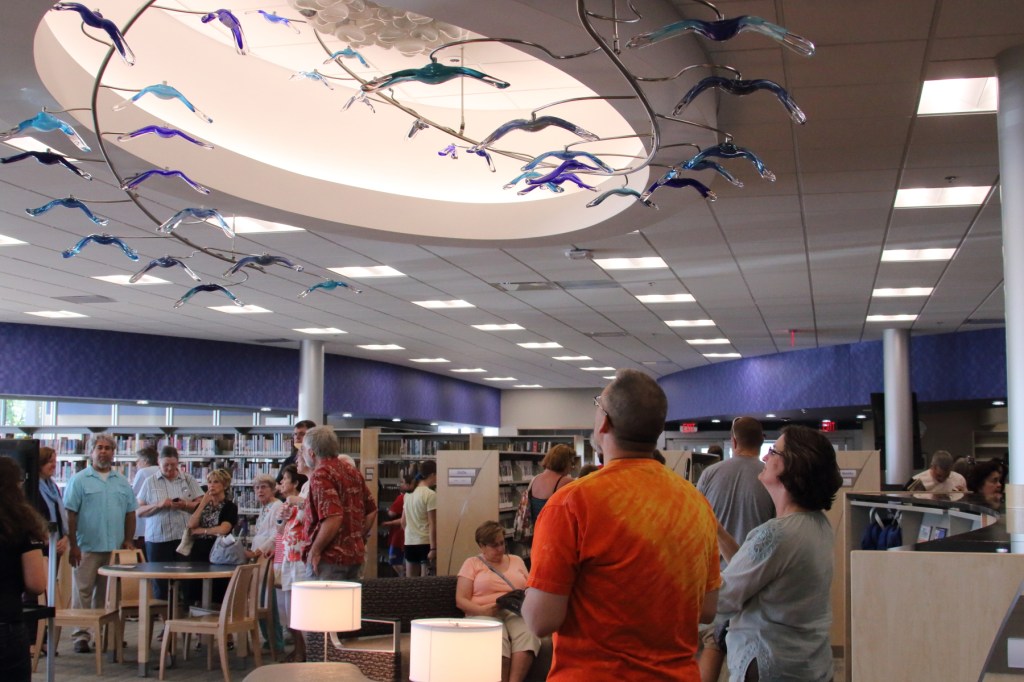 The Clinton-Macomb Public Library turns 30 this year with less fanfare than focus, as employees seek to bring patrons back to the buildings with objects and activities beyond books.

“We don’t host specific events around the anniversary. However, we are taking this time to re-engage the community and remind everyone of all the amazing things the library has to offer,” said Jamie Morris, Communications Manager and the Clinton-Macomb Public Library Strategy (CMPL). “Over the past two years, people may have forgotten that the library is more than books. We would like to take this time to remind the community that we offer programs for all ages, from babies to seniors.

Morris said that beyond its book collection, the library has collections of DVDs, video games, board games, CDs, many digital items such as audiobooks and music, and a Things to Go collection which includes items ranging from telescopes to cake pans.

“As we celebrate 30 years, we encourage people to come back and visit us if it’s been a long time,” Morris said. “We have three locations and school librarians and outreach librarians who are in the community and visit schools and senior residences. This year, we are also taking the time to share some photos of past events on our social networks.

Morris said the library will share events such as the grand opening of meeting rooms at the main library, the opening of the renovated South Branch building just over eight years ago, and the programs the library has offered since. over 30 years. Users are also encouraged to share their memories of the library on social networks.

The library is also seeking community input from local artists with the design of a library card contest to mark the anniversary. Registrations are due August 20.

“We’re hoping to find four new card designs,” Morris said. “We had a lot of success in 2010 when we organized the competition. We know we have a very creative and talented community, and we hope to have some great entries this year as well. We’re looking for generic card designs, suitable for all ages, but we’re also looking for a design specifically for 0-5 year olds.

Morris said individuals cannot submit more than three different entries. Designs must be original and cannot contain copyrighted characters. Entries must include the full library name. All mediums are accepted, but photography and digital art are encouraged. Designs should be dark enough to be reproduced easily. Designs must also conform to specific library card and keychain library card sizes. Entries can be submitted at cmpl.org/design-a-card/, and the full rules are also listed here. Winning artists will be asked to provide a digital original of the work if available.

“Library staff will limit entries and the community will vote later this fall,” Morris said, adding that community voting will take place online.

The new maps are expected to be available to the public in early 2023.

CMPL began as the Clinton-Chippewa Valley District Library in 1992, with partners from Clinton Township and the Chippewa Valley School District. CMPL director Larry Neal said the foundation grew out of concerns expressed by Bob and Cheryl Cannon shortly after the Macomb County Library closed its children’s collection in the 1990s.

“Bob was on the board of Clinton Township and Cheryl was with Chippewa Valley Schools. So they kind of got the idea that we really needed to have a local library,” Neal said.

“So our current boundary is all of Macomb Township and 93% of Clinton Township,” Neal said.

After Seneca, the library moved to its own space, a rented building at 19 Mile Road and Garfield Road, Neal confirmed. He said that in 1998 the library offered its first mile to the community for the construction and operation of a library. In 1999, Christine Lind Hage became the library manager to take on the challenge of working to build the library and start a library system from scratch. Neal, who had worked with Hage for 17 years, moved in with her and became assistant director of the library.