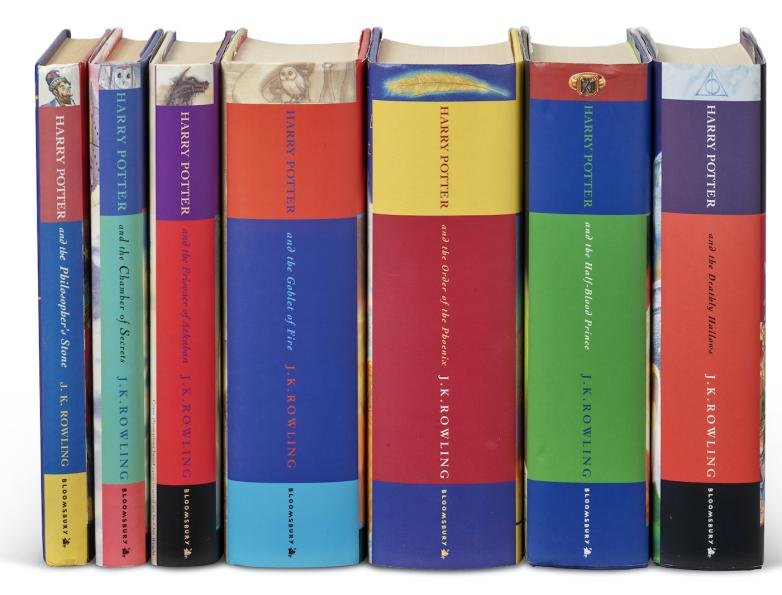 All of these rare first editions belong to the famous Livraria Lello bookshop in Porto, often listed as one of the most beautiful bookstores in the world thanks to its neo-Gothic and Art Nouveau interior, including the famous purple spiral staircase. In recent years, since the entry of the Pedro Pinto family, which in 2015 bought the majority of the share capital, Livraria Lello has lived a second life, investing in book appreciation and in an extensive cultural program. This year, Gemma, a special and exclusive room inside the Livraria Lello, opened its doors, entirely dedicated to rare, old and original books. Since 2015, Livraria Lello has defined a new mission, to inspire the world to read, and the auction of this very rare collection of first edition Harry Potter books aims to draw attention to the importance of the book, and especially to the role that this wizard and his author had in encouraging thousands of young people around the world to read. The auction takes place on the 25th anniversary of the release of the first edition of Harry Potter.

While the story of the young wizard was going to conquer the world, only 500 copies of the hardcover version of Harry Potter and the Philosopher’s Stone were printed, of which 300 went to libraries. After the phenomenal success of the first book, the adventures of the boy wizard continued, with each successive book covering a year at Hogwarts School of Witchcraft and Wizardry, and print runs of first editions increasing according to forecast demand.

A portion of the proceeds from the sale will be donated by Livraria Lello to benefit Lumos, an international charity fighting for a future where every child is raised in a safe and loving family home, transforming care systems across the world and working to end institutionalization. . Founded by JK Rowling in 2005 and named after the spell of light in Harry Potter, Lumos shines a light on the root causes of family separation – poverty, conflict and discrimination – and demonstrates that children can be safely reunited. safety with families. Lumos supports families in Colombia, Haiti, Jordan, Panama, Moldova and Kenya. Lumos has focused its work in Ukraine and neighboring Moldova on reaching vulnerable families caught up in the Ukraine crisis with food, medicine and hygiene supplies, as well as reaching children with learning materials and support. psychosocial.