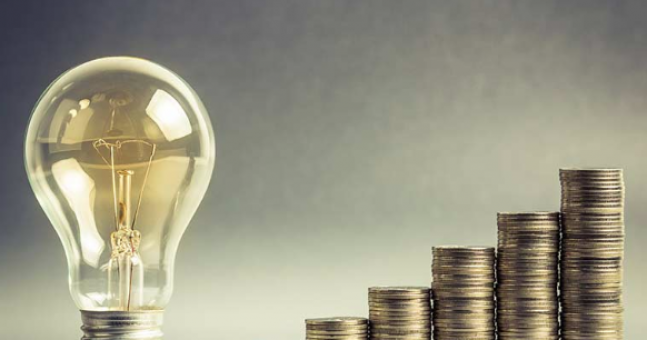 The Department of Tourism, Culture, Arts, Gaeltacht, Sport and Media says it is “struggling to cope with significant increases in the cost of living for artists, arts workers and arts organisations”, while emphasizing the climate crisis.

As Irish households struggle to cope with rising electricity costs, could this mean the closure of much-loved arts institutions? Our neighbors across the pond seem to think so.

The Guardian reported recently that the Greater Manchester Theater estimated it would cost around £1million to keep the lights on as electricity bills triple. Elsewhere at The Lowry, a theater and gallery complex in Salford, insiders said the art space was facing a “substantially” higher bill than its £860,000 annual grant from the Arts Council, which which poses “a major challenge” for the charity.

Lowry’s chief executive, Julia Fawcett, told the Guardian: “Compared to the previous year, we expect Lowry’s electricity bill for the year 2022-23 to have tripled.

“To give an idea of ​​the magnitude of this increase, this amount is significantly higher than the figure Lowry receives each year from Arts Council England’s National Portfolio Funding Scheme,” Fawcett explained.

The Managing Director was unable to reveal the exact expected cost of electricity: “As we are actively working on renegotiating contracts and suppliers, unfortunately we are currently unable to publicly reveal the exact figure. because it is commercially sensitive”.

Although the organization is committed to reducing its energy consumption, its energy bills will rise significantly this year, as is the case in the UK and Ireland. “We believe this is a major challenge that will be felt across our industry,” Fawcett said.

In Ireland, iconic cultural hubs like the National Concert Hall are budgeting for exponential increases. NCH ​​Chief Operating Officer Barry Walsh said: “The energy market continues to be extremely volatile and although we have forecast an increase of over 40% in our energy costs in 2022, we are continually adjusting our year-end forecast to account for volatility.”

Price increases at electricity suppliers in May and August saw Ireland climb into the upper end of electricity costs, with Irish consumers paying 26% more than the EU average.

A report published at the end of June placed the cost of living in Ireland at a remarkable 40% above the EU average, with healthcare costs being the most expensive in the EU: 72% above the mean.

With costs rising across the board, ordinary citizens cannot afford the price that comes with attending arts industry events. With these arts spaces suffering from the cost of living crisis and rising electricity prices, could we see a decline in the number of Irish cultural spaces?

In an already underfunded Irish arts scene, is it realistic to expect a subsidy for electricity costs in arts spaces?

“Rising energy costs and energy security are increasingly an issue that affects all sectors of our economy and society, including the arts, creative and cultural sectors. This government is keenly aware of the challenge and the need to ensure a sustainable energy future for all as we move towards our carbon reduction commitments in 2030 and 2050.

“For the arts, creative and cultural sectors, the Department and its agencies are working on a wide range of initiatives ranging from income support and grants to individual artists, to energy efficiency and structural improvements to our artistic and cultural infrastructure.

“Some examples of these initiatives include: The Artists’ Basic Income Program – a program to support 2,000 artists by providing them with a guaranteed basic income to support their continued practice; The Green Arts Initiative – a project supported by the Arts Council to reduce the carbon footprint and improve the sustainability of arts centers and venues; and Capital grant funding programs for upgrades and other improvements to arts and culture infrastructure. It should also be noted that many arts venues are also eligible to apply for SEAI grants and support.

“The Arts Council is also working to cope with significant increases in the cost of living for artists, arts workers and arts organisations, as well as planning for a greater emphasis on climate and sustainability as a key area of ​​work in 2023.”

Besides electricity, the arts generate a large amount of other emissions. According to research by Julie’s Bicycle and Festival Republic, the biggest problem in arts industry shows is audience displacement. For festivals alone, it produces 68% of the sector’s total emissions and 24% of all emissions related to the movement of musical audiences. This, coupled with the high emissions of touring artists, leads to a very problematic scenario. Melvin Benn of Festival Republic is one of many organizers putting sustainability at the forefront of music industry issues.

Live Nation states, “We have identified eight priority areas that make up our sustainability work: emissions and energy, resource use and waste (including plastic), water, food, public engagement, procurement, transportation and local impacts. Each area has been assessed in the context of their impact and contribution to relevant UN Sustainable Development Goals. »

In 2020, the organization launched a site greening pilot project, allowing them to assess the environmental impacts of seven sites across the country: the pavilion in Dun Laoighaire, the axis in Ballymun, the Taibhdhearc theater and the Town Hall in Galway, Belltable in Limerick, Hawk’s Well Theater in Sligo and VISUAL in Carlow. An Taibhdhearc was replaced by the Theater Royal, Waterford in 2021. Total CO2e emissions for the seven venues amounted to 691 tonnes in 2018. This figure was reduced to 673 tonnes CO2e in 2019.

In 2021, the Arts Council funded the launch of GAI’s Greening Arts Centers project with the same seven venues, building their capacity to better understand their impacts and begin planning how to reduce those impacts, in particular their carbon footprint. The project is expected to be fully completed by September 2022.

With electricity costs rising and Ireland having to drastically cut emissions, it is worrying to think of what the arts will endure in the upcoming 2023 budget. With that looming, as well as the country preparing to a change from Taoiseach, artists and arts centers across the country are eagerly awaiting, fearful of what the next year will bring.