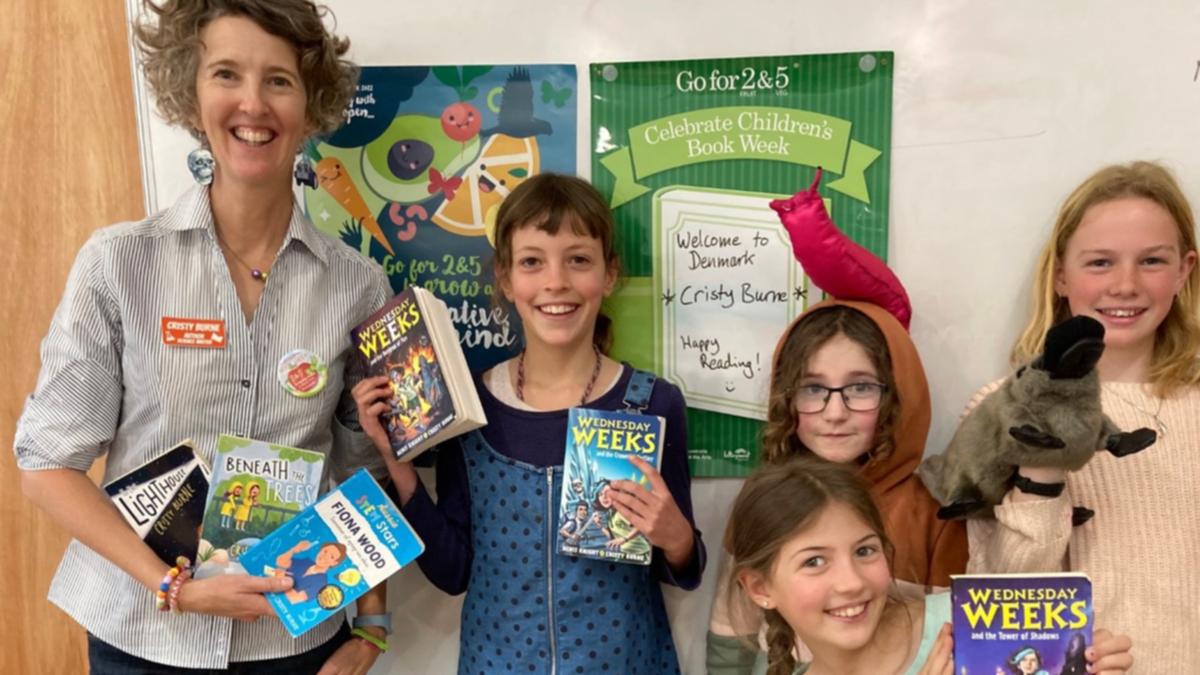 Burne’s work has been published worldwide and is inspired by science, technology and creativity.

More than 100 students had the chance to meet the Perth-based author who aims to nurture the next generation of ‘science-savvy citizens’.

Her books include Aussie STEM Stars: Fiona Wood Inventor of Spray on Skin, Beneath the Trees and To The Lighthouse.

“All the students who participated in the presentations were impressed by his energy, his ideas and his scientific experiments,” she said.

“Cristy has a real skill in bringing story structure and storytelling techniques to life using hands-on demonstrations and sharing her stories and experiences.

“It was a real treat to be able to host him in Denmark.”

2022-09-19
Previous Post: ‘A Stitch Out of Time’ is a handcrafted love letter to the environment – PRINT Magazine
Next Post: FIX and REPLACE Vantiq obtains a patent to advance the state of the art in distributed software