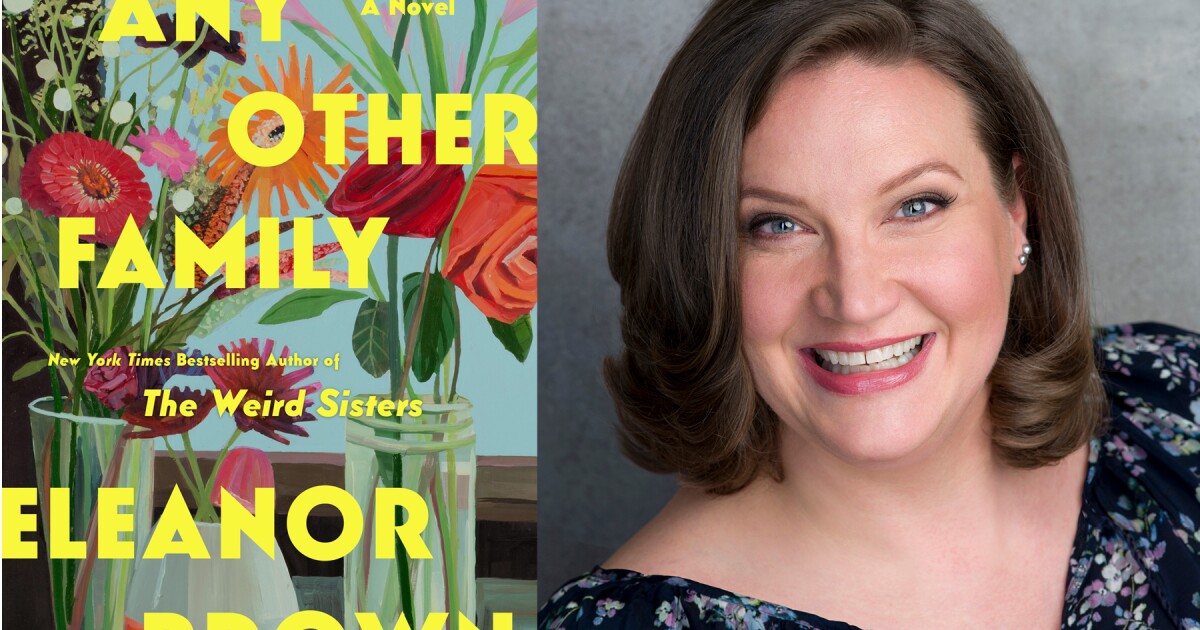 Eleanor Brown’s latest novel, “Any Other Family”, deals with a personal subject – adoption.

“It’s one of my favorite things to talk about. My son came to us through adoption,” said the best-selling author who lives in Colorado with his family. “We have an open adoption with his biological parents and their extended families. I consider him lucky to have so many people who love him.

She hopes readers take away from her fictional story that “in its simplest form, adoptive families and adoption don’t necessarily look like they did 50 years ago.”

The book depicts two Denver couples and a single mother who adopt four biological siblings. Their goal is to keep the children connected through mixed parentage, when the children’s birth mother calls to say she is pregnant again.

Brown’s – whose books include “The Weird Sisters” and “The Light of Paris” – edited the “A Paris All Your Own” anthology.

Q: Why did you want to write this book?

A: I really wanted to write a book that explored what adoption looks like today and paint a portrait of this family and these mothers grappling with their past, their present and their future.

Q: Who are Tabitha, Ginger and Elizabeth? Why do you have chapters with their points of view?

A: Tabitha, Ginger and Elizabeth are the three adoptive mothers at the heart of this story. I was trying to capture a variety of reasons people come for adoption and a variety of experiences of motherhood and family. I wanted every woman to have her own voice. I hope each of these characters will resonate with readers and also drive them a little crazy!

Q: Who is Brianna, and why didn’t she have her own chapters?

A: Brianna is the children’s biological mother. I debated a lot about whether she should have a chance to speak in the story; two things stopped me. First, I didn’t feel comfortable speaking on behalf of a birth mother. The second was a matter of space – there were already three viewpoints, nine main characters, and dozens of issues I was dealing with. I needed to keep the lens relatively narrow in order to let the reader – and myself – think deeply about the issues raised by the book.

Q: Why did you shoot the novel in Colorado, particularly in the mountains?

A: This family is a new type of family. I knew it had to take place in a “new” place, which made me think of the American West. They’re kind of a pioneer family, so it made sense for them to be in a pioneer state. I wanted to put them in a pressure cooker that would really push them against each other, so I chose the vast yet claustrophobic mountain for their family vacation.

Q: How did the title and cover design come about?

A: The title was the original title, and I love the double meaning of it – this family is like any other family, but also sometimes they’d rather be “in” any other family! I think we all know that feeling sometimes. The jacket was also the first design they showed me, and I love it. It’s both classic and fresh, and the flowers are a nod to something in the book and also a creative way to represent the separate families within this big family.

Q: What does a typical writing day look like?

A: Writing this book was very different from the way I usually write. I started it the first week of the COVID quarantine so it was literally the only thing I had to do. Normally, depending on what else I’m doing and where I am in the project, I write 1,000 to 2,500 words a day, but the most important thing for me is just to “touch” the project each day.

Q: What two books are on your “to read” list?

A: Oh my God, if I only had two books on my “to read” list! Rather 200! Literally on my bedside table right now, the next two in the pile are Julie Buxbaum’s “Year on Fire” and Steve Almond’s “All the Secrets of the World.”

Q: Something to add ?

A: I’m so excited to come to San Diego! Adventures by the Book events are always great, and San Diego would be my dream city.

Davidson is a freelance writer.