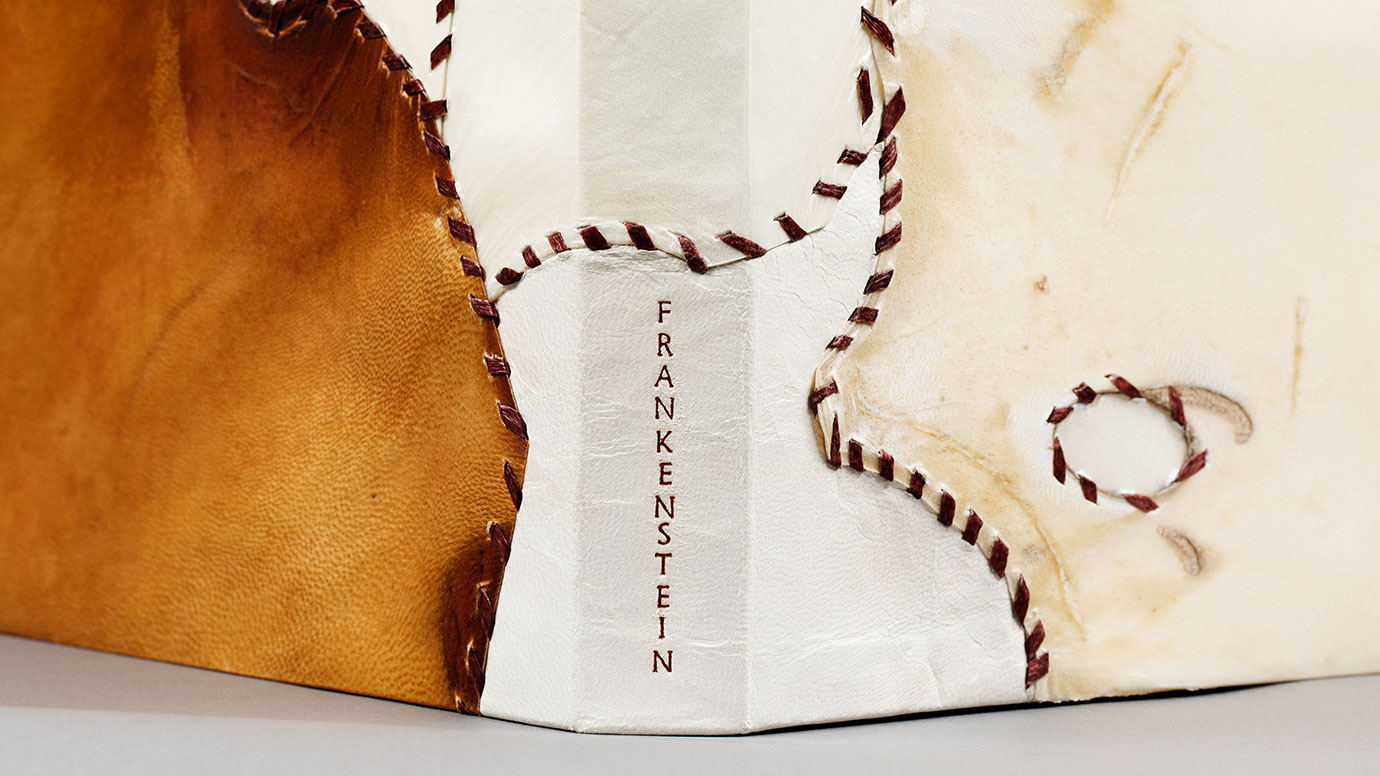 From leather to brass, the UChicago Library exhibit judges books by their covers

As curator of rare books at the UChicago Library since 2018, Frengel has acquired new texts, developed specific collections relevant to faculty and graduate research, and managed rare book donations from donors. It also helps challenge common myths about the printed page.

“Whenever I meet students for the first time, we’re kind of interested in dispelling the idea that Gutenberg invented the printing press,” Frengel said. “People were printing long before Johannes Gutenberg came along.”

While her job title sounds like something Indiana Jones might apply for, Frengel’s position takes her through time rather than ancient pyramids. By examining book bindings of centuries-old texts, Frengel is able to decipher clues that reveal the history of the book itself, such as who owned it or how it was made. However, this did not facilitate the selection of books she wanted to include in the exhibition: “The University of Chicago Library has a truly exceptional and world-class collection of rare books, manuscripts and documents from ‘archives. It was hard to know when to stop!

What has helped her navigate the collection is the library’s relatively recent pivot to include binding details in catalog descriptions. “Over the past 10 or 15 years, we’ve gone to extraordinary lengths to record the physical attributes of our materials and what makes our copy unique,” Frengel said. “Where is it from? Where is he from? How did he get here? Including these details in the library’s record helps to give weight to the importance of the books’ context. Presenting these books through the lens of their covers also lets those contextual details shine through, Frengel added; on virtual databases such as Early English Books Online, they only see the digital representation of the works.

“Part of the motivation for this exhibit was to highlight the context of the texts themselves,” said Frengel, “and to demonstrate how the relationship between book and binding not only enhances the reading experience, but our historical understanding of the book itself”.

The show includes, for example, a medieval antiphonary – a massive hardwood-bound songbook that was used in a monastery. Scrolling through pages of text via microfilm would tell you what songs the monks sang, but you’d miss the visual impact of seeing a book too heavy for one person to lift – bigger than the arm span of a woman. average person, with solid wood panels covered in embossed leather serving as binding. These connecting elements allow scholars to see how monks live and work with the antiphonal. The lid is augmented with huge brass bosses. “Depending on the weight of the book, the monks would store it horizontally to preserve the binding, which you can tell by its size and weight,” Frengel said.

More recent historical movements can also be studied through bookbinding, which allowed women artisans to excel at a time when women were still excluded from traditional economic arts. “Bookbinding also requires a lot of sewing, so in a sense women would be drawn to that work during this time,” Frengel said. At the turn of the 20th century, a collective called the Guild of Women Bookbinders created intricate works using high-quality materials, such as calfskin and morocco. Influenced by the Arts and Crafts movement in mid-19th century Britain, the Guild made a strong aesthetic contribution to bookbinding that is still seen today.

Contemporary craftsmen continue to explore the connections between the exterior and interior of a book. The exhibition culminates with the stunning cover of Mary Shelley’s book by Illinois bookbinder Karen Hanmer Frankenstein. Long thread stitches sew pieces of parchment, vellum and deer hide together like a quilt, mimicking Shelley’s striking descriptions of Frankenstein’s creature. “The book becomes the cover,” Frengel said. “The bindings don’t just match the text, but add that whole layer of meaning. If he didn’t have that bond, it would be something completely different.

Judging a book by its cover, it seems, can actually be a really good idea.

—A version of this story first appeared on UChicago Arts blog.

2022-03-22
Previous Post: End of the mask mandate for the youngest children | Editions
Next Post: Adhir calls for the imposition of Art 355 in the state