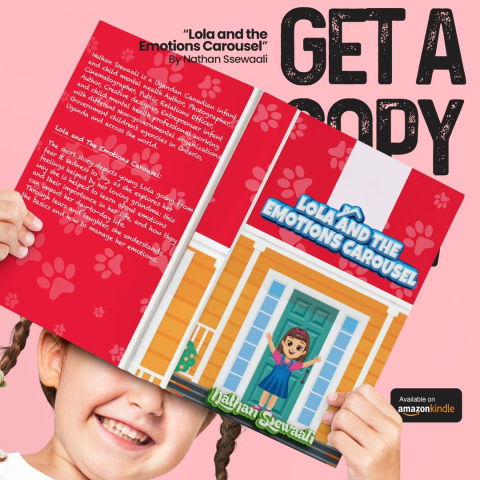 Gifted writer and lawyer, Nathan Ssewaali has released a new book titled “Lola and the Carousel of Emotions”

The short story depicts young Lola going from fear and sadness to joy, as she explores her feelings aided by her loving grandmother; in this way, she learned about emotions and their importance in her life, and how they can impact her daily life. Through tears and laughter, she understands the basics and how to manage her emotions.

The story of “Lola and the Carousel of Emotions” is based on mental health advocacy in which Nathan is heavily involved. Speaking about the series of events that led to his advocacy and ultimately the little book, Nathan said, “I have just completed my postgraduate degree in Infant and Child Mental Health. Having immigrated from n Africa at a young age, I found myself becoming a dad at a young age and one of the things that always worried me was how I could raise my child to be a champion.

Continuing, Nathan said: “I realized there were a lot of mental health issues affecting children and infants. I realized that these factors had not been given enough attention. So I found it important to start advocating for children and teaching parents who are less aware of mental health. I decided to write this book that could help children who are going through emotional behavior to learn something. 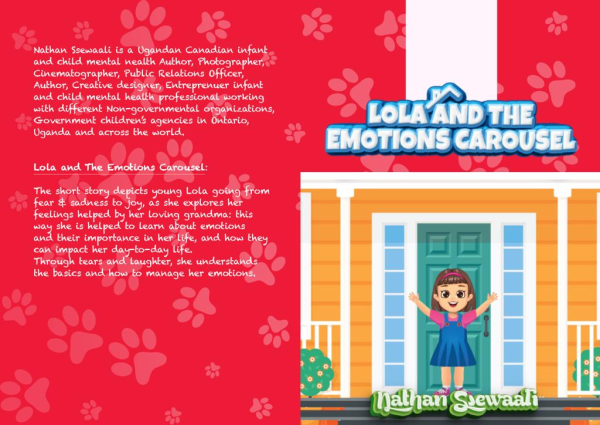 Nathan isn’t slowing down his plea anytime soon. In fact, he plans to add more fire to it. Nathan intends to advocate for Black and Indigenous communities, as well as marginalized communities in North America. “I intend to advocate for racial justice in North America, advocate, empower and teach mental health. I also have a project in Africa where I help and empower street children. Currently, I have two street children that I adopted. In the future, I would like to help and empower more children and families,” he said.

Recently, Nathan revealed that he has a role model in Kyagulanyi Ssentami, aka Bobiwine, a political activist and former presidential candidate of Uganda. He is a musician who grew up in a ghetto but worked hard to become one of Africa’s top inspirational young leaders who always encouraged Ugandan youth to believe in themselves. “He had an impact on a lot of young people, engaging them and motivating them to work hard because he believes that if you work hard, anything is possible,” remarked Nathan.

When Nathan is not writing or performing advocacy duties, he enjoys unwinding with nice hands-on activities, photography, filmmaking, walking, interacting, playing with children, reading and writing, traveling, and playing instruments of music.

Nathan Ssewaali has a message for the younger generation: “I encourage the younger generation to always be open to their parents, and to share their fears and feelings, because it will fill that parent-child relationship. I also advise children to take their emotions to their parent where they can sit together and come up with possible solutions. Parents should also be able to sit down with them and find solutions,” he advised.