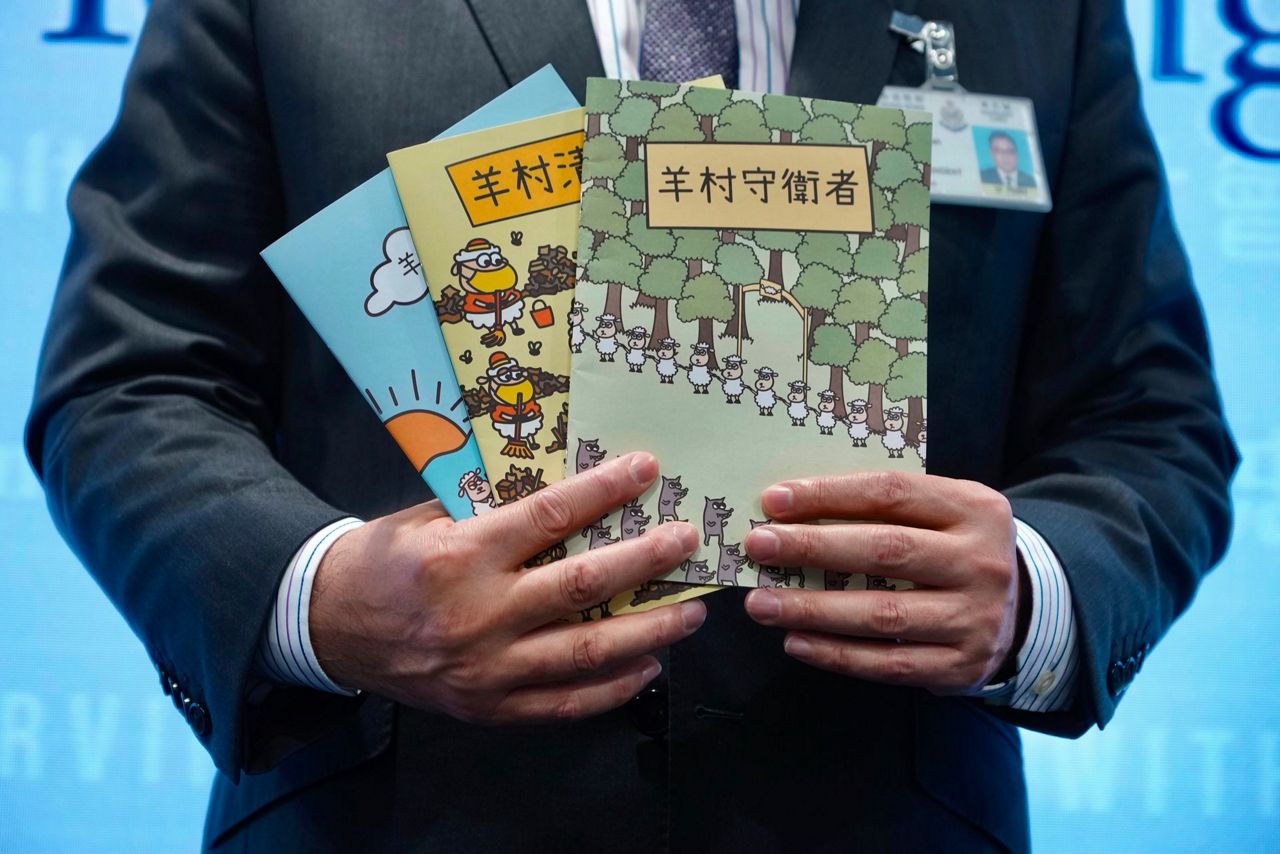 The sanctions are the latest sign of China’s hard line against free speech and any sign of political opposition in the city following the 2019 anti-government protests.

Beijing responded to the months-long protests by imposing a sweeping national security law and disqualifying, jailing or silencing political opponents, many of whom have sought asylum abroad.

The five defendants have already been jailed for more than a year and could be released early under the 19-month sentence handed down on Saturday. They had pleaded not guilty but were found guilty of sedition on Wednesday after printing a series of children’s books about sheep and wolves which a court ruled were intended to incite hatred against authorities.

The crackdown has led to criticism that China’s ruling Communist Party reneged on its 1997 promise when Hong Kong was transferred from Britain to China to retain the city’s Western-style freedoms, including freedom of expression.

Hong Kong authorities have purged and imprisoned politicians and teachers associated with the pro-democracy camp, shut down newspapers and removed publications and artwork deemed critical of the Communist Party, which tolerates no opposition.

Recent days have also seen the arrest of Ronson Chan, president of the Hong Kong Journalists Association, for allegedly refusing to provide identification while reporting on housing.

Copyright 2022 The Associated Press. All rights reserved. This material may not be published, broadcast, rewritten or redistributed without permission.