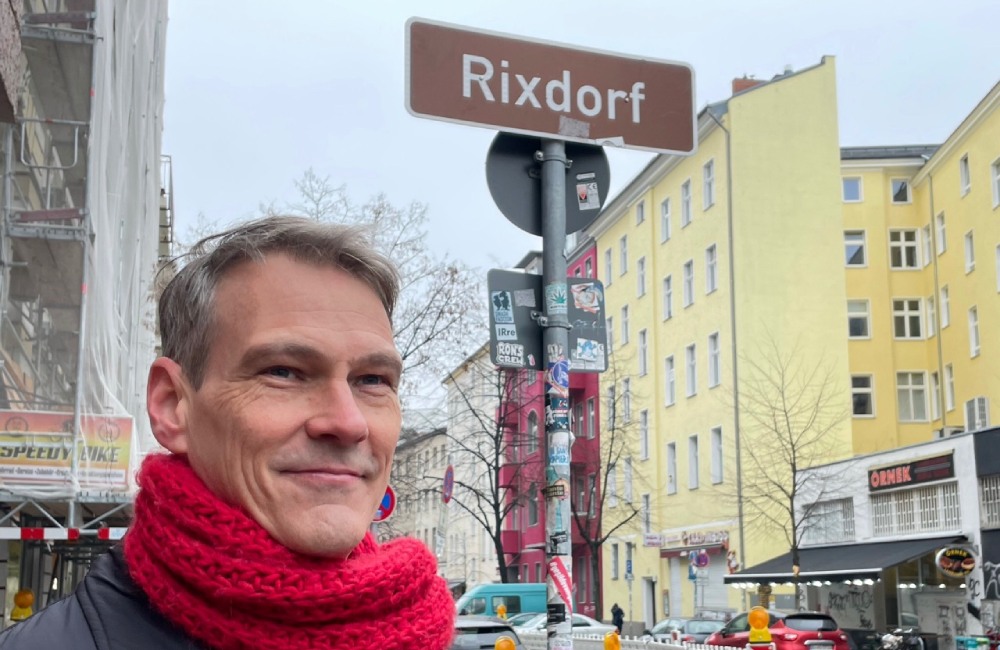 James J. Conway on the Rixdorf and Wilhelmine Berlin editions

Move over, Weimar Berlin, here are the Wilhelmine years. This period, spanning roughly 1890 to 1918, is brought to life by Rixdorf Editions, the remarkable Berlin-based independent press that brought unjustly overlooked texts from turn-of-the-century Germany into the hands of the English language. readers since its founding in 2017. Rixdorf’s founder, Australian James J. Conway, moved to Berlin in 2006 and worked as a commercial translator before establishing his one-man publishing house.

You run the blog strange flowers, devoted to the fascinating and often obscure lives of mostly bohemian intellectuals from the turn of the century. Have you always been interested in these living characters from the footnotes of history – or did Berlin trigger that in you?

It was both. I’ve always been drawn to this kind of hidden stories. And then being in Berlin and having this space and this time to think about what I want to do – well, one of the things was to write about these people. So I started collecting articles, books, links and all kinds of stuff about the characters I was interested in, and in 2009 I started writing about them. It was strange flowers.

Even then, the idea of ​​blogging about your personal interests was already getting old. But it was really rewarding to connect online with other people who shared those interests – connections that weren’t based on the usual signifiers of gender and race and so on. In an idealistic and utopian way, I think it’s the best of the internet.

strange flowers and Rixdorf Publishing both focus on the pre-war, so-called Wilhelmine era. What attracts you in particular in this period?

It’s not usually a major part of Berlin mythology… Well, initially it was exactly that lack of attention. Maybe I’m just a non-conformist by nature. But if you show me a door and say there’s nothing behind it, then that’s the door I’m going to look behind. It’s the way I’m wired. AT strange flowers, I was looking for stories that hadn’t been told. And here, it seemed, was a whole world that had been left unexplored.

Even in Germany, there is a sort of taboo around this era – it is seen as militaristic, conformist and belligerent. And it absolutely was. But in these very unpromising settings, you had this incredibly rich counterculture, incredibly rich bohemian life. Not knowing more pushed me to explore it more, to do more and more research, to frequent Stabi bookstores and antique shops, to read online, to acquire a basic knowledge of the time and its key characters. Then, at a certain point, I thought: What now?

And that’s where Rixdorf came in?

Yes. I had this knowledge, this interest – an obsession, it’s fair to say. You don’t choose your obsessions, they choose you. I was fine at that point and thinking about how to tell the story. And I realized that a lot of the original texts from that time had never been translated into English. They weren’t just historical curiosities: they were really important texts. It seemed like the two things came together – my previous work as a translator and my interest in that period.

So I started my own independent press. I began by Berlin’s Third Gender by Magnus Hirschfeld, a book that says a lot about what is present to us today – about gender, sexuality, Berlin as a place of experimentation. It was all there long before people realized it. It’s really important that we can go back to those texts, especially in a time like now where you see all these terrible claims about people’s identities, like the pernicious lie that transgender identity is something totally new . We can go back and say, “Look, here it is, and it was written in 1904.”

This year, you are publishing three prose works by Berlin author Else Lasker-Schüler, a little-known figure in the Anglosphere. What attracted you to her?

I didn’t know who she was before moving to Berlin. In 2009, I wrote briefly about her on strange flowers, and I had the feeling that we would see each other again. I was fascinated by her life – she has this grand scale of opera with wars, escaping the Holocaust and living in Zurich in terribly precarious circumstances, before moving to Palestine.

And the time before, when she was one of the most important figures of Wilhemine’s bohemian scene. Lasker-Schüler comes from a safe Jewish background, from the upper middle class, very assimilated. She could have lived a life of relative luxury. But something inside her, a certain drive, wouldn’t allow it. Eventually, she left her husband and fell with Berlin’s various bohemians of the time – the overlapping groups of anarchists, gay rights groups, reformists, utopians. It was a very fertile time for ideas, and Lasker-Schüler was right in the middle of it.

Today, she is best known for her poetry, but her prose is increasingly getting its due. It’s so foreign, so singular and so confident in its uniqueness. And these three works really reflect his own transformation: first, someone who has left his old life but still wonders what’s next; then this character who goes out into the world and meets all kinds of characters. By the third book, she gained the confidence to look beyond her own life and create something entirely new.

You translate and write about these incredibly colorful characters who dissolve the boundary between art and life. Does it inspire you to try alternative lifestyles yourself?

It’s a contradiction, because I’m really drawn to this kind of performance – and Else Lasker-Schüler was a perfect example of that. For her, there was no break between her personality and her creations. She wrote letters to Gottfried Benn as if she were a character in his book; she would go around Berlin dressed like someone from Arabian nights.

I find it fascinating, the idea that you can be so engaged in your art that you live it. It’s fantastic. But it’s not something that I do myself [laughs]. I’m more of an observer – I’m happier watching people than being the one to watch.