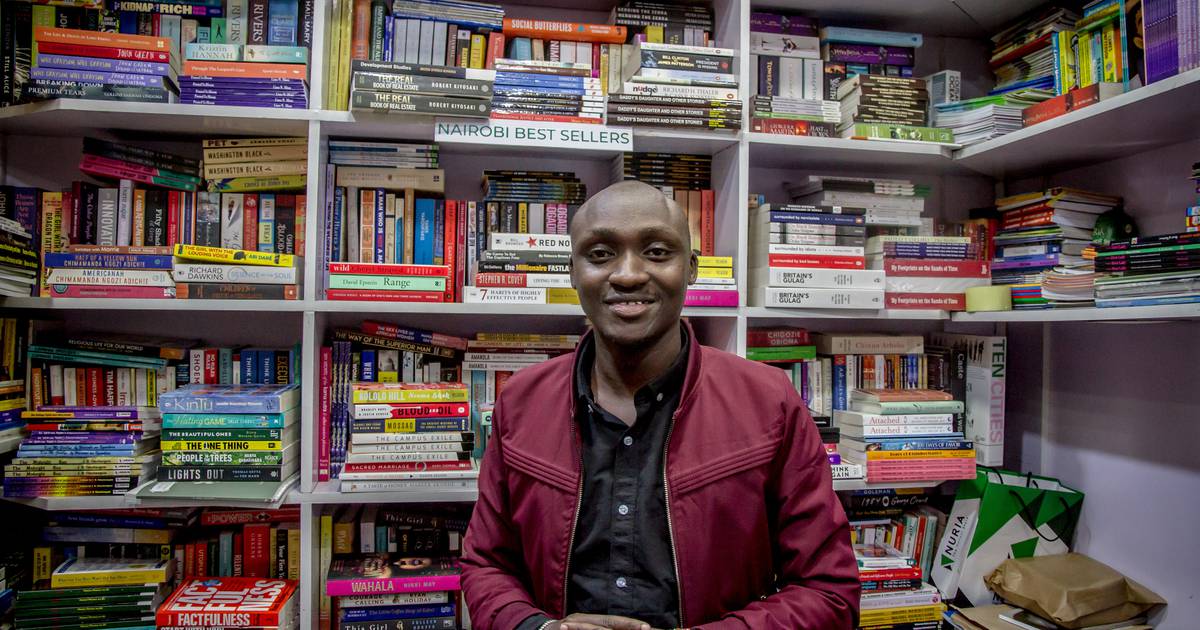 As Kenya’s elections approach, the East African country’s first online bookstore has become a go-to destination for ‘controversial’ books on the backgrounds of candidates and their families, as well as the history of the political system.

Nuria has promoted lists of relevant books on social media, including those that other bookstores refuse to sell. “A lot of people buy political books,” says Bennet Owuonda, a 23-year-old part-time student and marketing manager for the bookstore, which has more than 24,000 Twitter followers. He uses his reach to give book recommendations and share updates from Nuria, which has nearly 13,000.

In May, he tweeted a list of “banned” books, saying, “there’s a reason they don’t want you to read [them].”

These included Looters and Grabbers: 54 Years of Corruption and Plunder by the Elite, 1963-2017, by Kenyan author Joe Khamisi, which examines the corruption of Kenyan politicians; Treason: The Case Against Tyrants and Renegades, by Kenyan Lawyer Miguna Miguna; and Not Yet Uhuru, by Jaramogi Oginga Odinga, an autobiography of the country’s first vice president – ​​all of which Nuria has in store. There is also The Struggle For Freedom and Justice, an autobiography by Kenyan nationalist and activist Bildad Kaggia, who was once a member of the Mau Mau Central Committee, which rose up against the British during colonialism. Owuonda says even Nuria can’t access her book anymore.

In Kenya, so-called “banned” books are not actually illegal to read, but can be very difficult to buy because shops refuse to stock them for fear of pressure from the authorities. International books have also been hit, including former Financial Times East Africa correspondent Michela Wrong’s It’s Our Turn to Eat, which documented evidence of corruption collected by the government’s whistleblower John Githongo.

[ Churchgoers in Kenya pray for peaceful elections as campaigning ends ]

Abdullah Bulle, director and founder of Nuria, is a former banker and auto parts salesman who started importing business-related books when he couldn’t get the ones he wanted in Kenya. In 2015, he started a Facebook page to sell books to others, before moving to a website. Since 2018, he has had a physical store: a small shop in the central business district of Nairobi.

Even when authors are published, it is difficult to make money. In the streets around Nuria’s physical store are vendors with dozens of books laid out in front of them. Some are pirated

Bulle says Nuria sells up to 100 books a day, with higher sales in the two weeks of each month after wages are paid. He was constantly taking orders while I was in the store, using the gaps between calls to answer questions.

There are about five online bookstores in Kenya, according to Bulle. “In eastern, perhaps central, Africa, [Kenya is] leader in reading. We read a lot and we are diverse readers: there are a lot of guys who read fiction, but we are also interested in books on politics and international affairs, local books.

Nuria runs a WhatsApp group for Kenyan authors with over 170 members. Many are self-published and struggle to sell their work elsewhere, Owuonda says, but Nuria will store it and allow them to monitor sales with their own website login. Nuria now has books by around 350 Kenyan authors: everything from romance novels to poetry to financial advice.

Even when authors are published, it is difficult to make money. In the streets around Nuria’s physical store are vendors with dozens of books laid out in front of them. Some are pirated, Owuonda saying they are easy to spot because their covers are brighter and their pages fall apart quickly.

Nuria also has a book club, organized via WhatsApp. People post what they read every day. “We are not trying to sell books, we are trying to change the culture… One thing that Kenyans don’t like to read is that they associate it with school,” says Owuonda .

Customers in Nairobi can phone or message orders to Nuria and get a book the same day, while next day delivery is available to most other parts of Kenya. Nuria also sends books to neighboring South Sudan and Uganda, and sometimes even further afield.

Sales have increased in recent days as many Kenyans plan to stay at home during and after Tuesday’s elections, waiting for violence to erupt. “They will stay home and read,” says Owuonda.

He also reads constantly: in search of books that could inspire others, while nurturing a culture of reading that he considers an essential element of a healthy democracy.

“I have to read everything,” says Owuonda. “If I recommend [it] it’s something that really touched me [my] soul.” Fiction teaches empathy; non-fiction teaches critical thinking, he adds. “Books, they make your mind grow.”