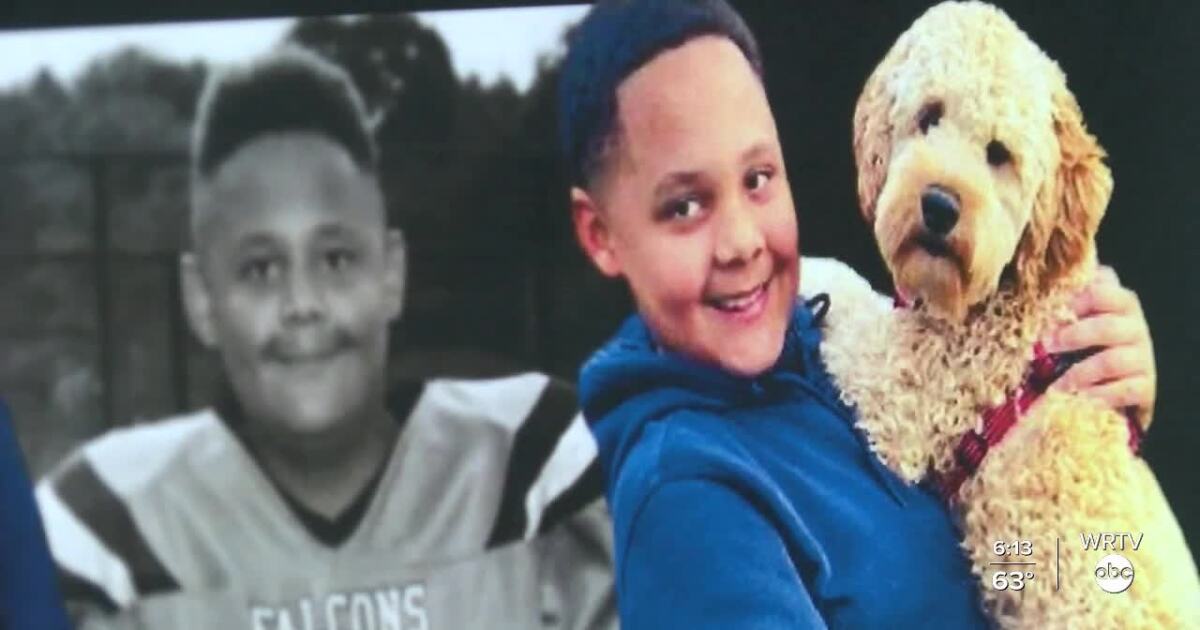 INDIANAPOLIS — As Perry Meridian 6th Grade Academy continues to honor the life of sixth-grade student Kyson Beatty, one of their dreams for the library is even closer to becoming a reality.

An online fundraiser to create Kyson’s FRIEND Zone raised over $2,800 on Saturday afternoon. The original target was $2,000 and on Wednesday the total was $720.

The area inside the library will have emotional support books and confidence building resources for students. Kyson played football, which inspired the name of the region.

Kate Barber Schultz kicked off the fundraiser after seeing WRTV’s coverage of Kyson’s death. Kyson was killed on Dec. 11 by a driver near the intersection of South Tibbs Avenue and Wicker Road.

Barber Schultz lives in Delaware. She often does book drives to support causes and once she heard about Kyson, she contacted schools in Perry Township.

“The outpouring of community support has meant so much to the family and the school just to know he’s not forgotten,” she said. “I hope it’s a place where [students] can have comfort and

Vice-Principal Andrew Repay told WRTV earlier this week that all of the students literally and metaphorically looked up to Kyson, who was a leader in the whole building.

“Perry Township Schools is delighted to see the fundraiser in honor of Kyson Beatty exceed its goal. It does not surprise us, however. Kyson was a friend to everyone he met. He is deeply missed at the Perry Meridian 6th Grade Academy,” Perry Township Schools told WRTV on Saturday. “Thank you to Kyson’s family, especially his mother Amanda, for being brave and helping us honor Kyson.”

The school says it will continue its legacy of protecting its peers from bullies and standing up for underdogs.

The book drive continues until April 30 at midnight and all donations will be matched at 50%.

2022-04-23
Previous Post: Art as therapy – The Lancet Psychiatry
Next Post: A look at five new pieces of public art in Santa Fe