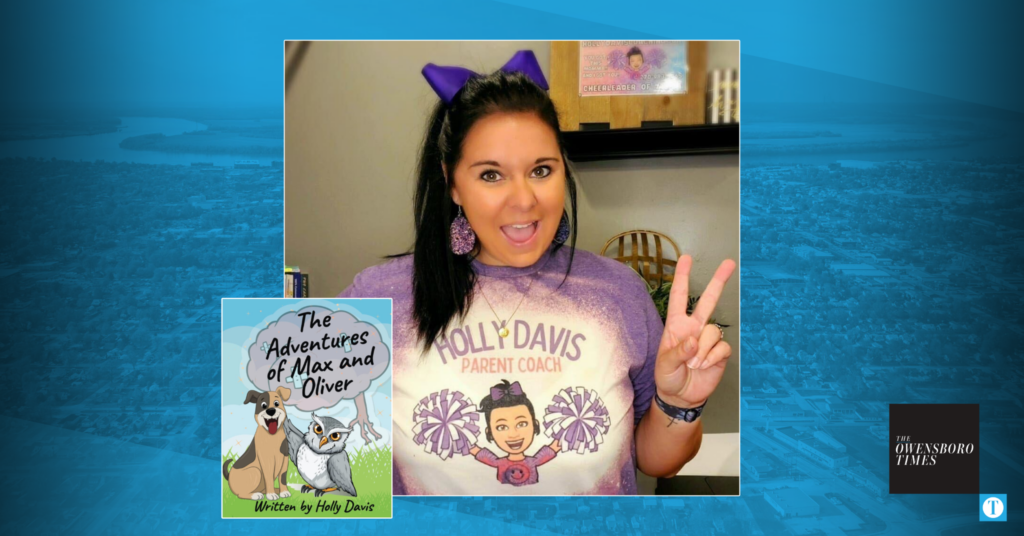 Holly Davis, local parenting coach and recently published children’s author, is finding success with her book The Adventures of Max and Oliver. The book is intended to teach children, as well as their adults, how their brains work and how to control their response when triggered.

“My book has become Amazon’s first new children’s book on violence. It’s amazing and I can’t wait to hear everyone’s thoughts on the story,” Davis said.

Described as a simple way to tell children what’s going on in their brains when they’re triggered, the story follows a dog named Max and an owl named Oliver through a lesson in the physical reaction that takes place in their brains and teaches them to control it. instead of believing that they are the “bad child”.

“I taught preschool for 8 years,” Davis said. “I had a little guy labeled the bad boy. I hated when people tagged their past experiences with the student and sent it with the child.

Davis took a different approach with her student, using strategies she describes in her book to successfully help her learn to manage her reactions.

“I spent time trying to get to know him and gained his trust. I was able to teach him about the brain and how the wise owl goes away when he has a fit. I taught him that he was not a bad boy. Even at 4 years old, he could understand little bits of the brain,” Davis said.

Although the barking dog and the wise owl weren’t Davis’s idea, she said she used these animals to tell the story because they’re a simple way to explain a complex concept.

“It’s a story that needs to be told,” Davis said. “Something is going on physically in their body and it has to be tamed. But it’s not just for kids. It helps parents too.”

While her mission as a parenting coach is to help families interact in healthy ways, Davis says she’s far from perfect. She still remembers the events that brought her to where she is today.

“I was a busy, overworked mom,” she said. “I was a screamer and a screamer. I tell this story every time I’m in parenting class. My daughter Mallory was in bed at 2, and I was screaming that she was cleaning her room, making her cry. This that day, I knew I had to work on myself.

Davis, who left the classroom to work for a nonprofit teaching parenting classes, recently ventured out to start her own business, Holly Davis Coaching.

“It was scary at first. It was the most rollercoaster year of my life,” she said. “When I worked for a nonprofit, people weren’t paying for my services. But once I was on my own, I had to tell myself that I was worth it. I believe in myself. I know what I’m talking about and I want to share it with other families.

Davis hopes to continue promoting her book in local schools and holding book signings in the near future. As for what fuels her passion, Davis said her daughter still reminds her to this day how important her job is.

“Parenting classes were slow at first. Mallory would tell me I can’t give up,” Davis said. “She was like, ‘there are still parents out there yelling at their kids.’ I am still rebuilding my relationship with her.

Davis has two more books planned for the series.

“It’s an important story not only for children, but also for adults. I’m not the only parent who felt angry,” Davis said. “I want this book to be in as many hands and families as possible.”