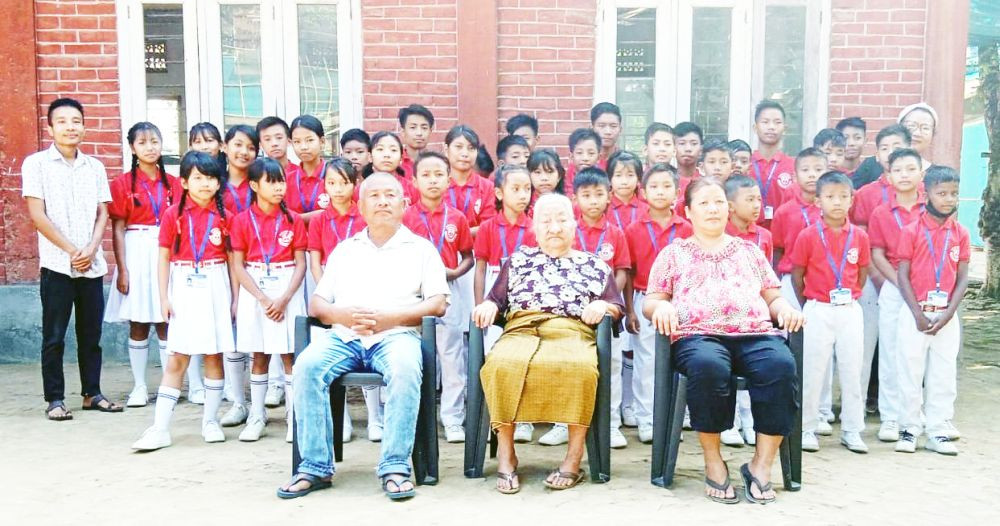 One man’s journey through remote villages in Nagaland and his encounters with helpless and starving Nagas resulted in humanitarian service that would change thousands of lives and continue to give hope to many more. even after his death.

The story of Nagaland Childrens Home (NCH) can be described as a journey of love, compassion and hope.

Established in 1972 in the village of Diphupar, Dimapur by the late Soyelo Wetsah (affectionately known as SP Wetsah) and his wife Kedu-u Lasuh, NCH was built with a mission to help poor, destitute children and women and oppressed.

In his memoirs, SP Wetsah writes: “During my travels, I have encountered orphans, children and women suffering and in need of care and protection. These encounters changed my perspective and my mission in life for good.”

The late SP Wetsah was born in Chizami village of Phek district in 1931. In 1940, he joined the lower primary schools in his village, but the school closed in 1943 when World War II broke out. In 1945, after the end of the war, he returned to school and also converted to Christianity. For this, he was banished from his home. He was reunited with his family in 1949 after his parents converted to Christianity. While in high school, SP’s heart yearned to serve the community and eventually he decided to drop out of school and take his family to Mon district to serve the people there on his first mission.

While in Mon, he visited some of the more remote villages bordering Myanmar and Arunachal Pradesh. There he and his wife taught the Konyak people the art of administration and economic sustenance. However, given the situation at the time, his works would cause the armed forces to beware, and eventually he and his family were evacuated from Mon. With a heavy heart, SP returned home and joined the Naga National Movement in 1963. He served as Joint Secretary of the Naga Army Organization, Federal Government of Nagaland.

During his journey as a Naga freedom fighter, he traveled far and wide through the Naga inhabited areas, and it was there that he witnessed the lack of love, help and compassion among many Naga communities. “I realized that the truth of every person’s responsibility is to care for another being…it burned like a fire in my heart,” he wrote in his memoir.

NCH ​​cares for orphans and children aged 5-18 from poor/disadvantaged backgrounds. “Our mission has been and is to educate, train and equip them for their future,” says Kolhi Wetsah, director of NCH who took over after his father passed away in 2013.

NCH ​​has welcomed over 5000 children over the past 50 years. Its alumni include doctors, army officers, bankers, lecturers, among others. Currently, the home has 39 children (26 boys and 13 girls). No child is required to leave until they pass class 12 (even if they fail). Apart from free education, children learn life skills here such as farming, gardening, cleaning, etc. They need to be equipped in every way to face the world after they leave here,” says Kolhi.

The tradition of running the Home has been passed down through the tutelage of Kedu-u, who continues to be the “Mother at Home”. Although she is no longer actively involved in the day-to-day affairs of the Hearth, her role cannot be ignored. “She has been the backbone of the Hearth,” said Khrolhi-u Wetsah, Hearth Advisor.

The 50-year journey has had its share of ups and downs. Funding has become erratic, especially over the past two or three years. However, donations and help from sympathizers kept the House running smoothly. Kolhi said, “God has been very kind to us.

As NCH looks to the future to celebrate its 50th anniversary, preparation is underway to commemorate the life of a man and woman who dedicated their entire lives to the welfare of the oppressed and to the effort to perpetuate the legacy that remains. As SP Wetsah wrote in his memoirs, “I express my sincere hope that the Nagaland Childrens Home will continue to be a torchbearer for the destitute and others in distress. I believe it will continue to be a channel of blessing.