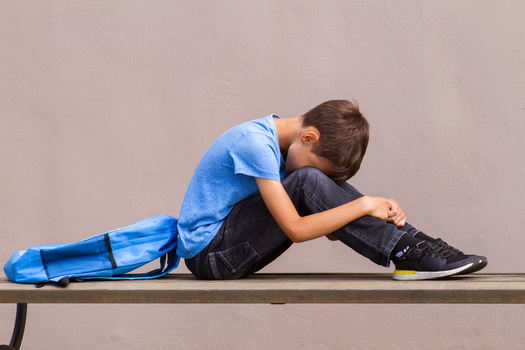 CARSON CITY, Nev. — Nevada got a D-plus for children’s mental health, according to a new report from the Children’s Advocacy Alliance.

Researchers rated the Silver State on a range of mental health indicators, including depression, substance abuse, developmental disabilities, suicide, and access to care.

Dr. Tara Raines, director of the Kids Count Initiative at the Children’s Advocacy Alliance in Nevada, said the biggest problem is access: The state faces a huge shortage of pediatric mental health care providers, especially within the juvenile justice system.

The report gave Nevada an F-plus grade for the percentage of children receiving mental and behavioral care, noting that in several counties, families have almost nowhere to turn when a child develops a mental illness.

A 2020 report from Mental Health America ranked Nevada worst in the nation for prevalence of mental illness and poor access to care. He revealed that 71% of young people in Nevada who experienced major depressive episodes never received treatment.

“We know people tend to stay where they get their license,” Raines observed. “If we can recruit interns to come here for internships or for post-doctoral fellowships, the likelihood that they will then stay to get a license in the state of Nevada is incredibly high.”

The report’s authors also call on the state to require mental health screenings for all children and re-examine school discipline to focus more on prevention.

COVID cases are down across much of the United States, but the lingering effects of the pandemic are growing. Minnesota school social workers point to student mental health demands and hope lawmakers will respond.

Social workers team up with nurses and psychologists to help students cope with stress and anxiety. In an ACLU report, Minnesota is among many states that do not meet recommended student-to-staff ratios for each role.

Sherry Murphy, a social worker for East Grand Forks Public Schools, said her district is understaffed in this area, which is a major concern in the current environment.

“The referrals keep coming in, you know, the challenges are there,” Murphy observed. “There is a cry from our school educators, who say, ‘Our students need support. We need to help our children with their social, emotional and mental health needs. “”

In a new report from the Centers for Disease Control and Prevention, 44% of high school students said they felt constantly sad or hopeless in the past year.

Murphy also leads the Minnesota School Social Workers Association, which is asking the Legislature to approve a bill that would dedicate funds to bolster support staff. While the state has a large budget surplus, Democrats and Republicans appear far apart on school funding plans.

Christy McCoy, social worker for St. Paul Public Schools, believes there is room for bipartisanship. Since support staff are included in general funding, districts choose between hiring teachers and social workers. She is confident that the bill would reduce these difficult staffing choices.

“It’s really about addressing the shortages,” McCoy said. “And it’s about making sure that student support services staff serve as part of their training and practice, and that they really integrate learning models, teaching, managing school, etc.”

Kate Adams, district family resource coordinator for Farmington area schools, said while student mental health was a concern before the pandemic, she said they are addressing current needs on a much larger scale. .

“It takes a lot more personnel and effort, training and preparation,” Adams pointed out.

Disclosure: The Minnesota Schools Social Workers Association contributes to our fund for reporting on policy and budget priorities, children’s issues, education, and mental health. If you would like to help support news in the public interest, click here.

Becky Parton, project director for the Dartmouth Trauma Interventions Research Center and a member of the National Association of Social Workers, said the new mobile centers, also known as rapid response teams, seek to directly connect people in care. She said some people may only need one call with a clinician to help defuse their situation, while others will still need to go to the emergency room for hospital care.

“But there are other levels of care that we can provide, which is one of the great things about it,” Parton said. “Ultimately, the goal is to stop people waiting in the emergency room when they don’t have to and to be able to serve them in the community.”

The Rapid Response Access Point can be reached at 833-710-6477 or residents can visit nh988.com to chat with trained professionals. Parton noted that this was part of a national effort.

Parton hopes the hotspot can be an alternative to calling the police. She pointed out that people facing mental health crises are more likely to experience police brutality and that police are not always well trained in de-escalation.

“They can assume criminal intent, instead of being able to defuse someone and figure out if there’s a mental health reason they needed to be called,” Parton explained. “So the goal would be that, in the long term, we’ve reduced the need for police assistance unless there’s a real security issue.”

She added that groups provide training to law enforcement to help them improve.

Parton pointed out that while these rapid response teams are a great addition to the services available, many community organizations and agencies that facilitate them are still struggling to retain staff. She stressed that recruitment and retention support is needed.

“It’s unfortunate, but we don’t have good reimbursement rates for providers,” Parton argued. “We need to have better salaries in general, which would help retain more staff. Community health centers already do not have enough public funding to properly run the programs they are responsible for supporting. ”

Disclosure: The NASW New Hampshire Chapter contributes to our fund for reporting on health issues, poverty issues, and social justice. If you would like to help support news in the public interest, click here.

With COVID cases dwindling, more employers are asking workers to return to the office for the first time since the pandemic began, and mental health professionals have said there are ways to manage the stress and anxiety of this big change.

Rates of anxiety and depression among American adults were four times higher between April 2020 and August 2021 than they were in 2019, according to the Centers for Disease Control and Prevention (CDC).

Dr Hillary Ammon, an assistant professor of clinical psychiatry at the University of Pennsylvania, said a change in routine, like where you work, can be stressful, but there are ways to deal with those feelings. .

“What I would recommend is that people start trying to get into some of these routines that might feel like the workplace,” Ammon advised. “So if that’s really the case, you know, you have a very structured work day and you’ve had more flexibility working from home, can you try to structure your day to be more like this working environment ?”

Ammon suggested practicing driving or taking public transportation to make your return to work easier, as well as meal planning and preparation.

Dr. Nicole Brady, UnitedHealthcare’s chief employer and individual business physician in Wisconsin and Michigan, said fears of catching COVID in the office can also be a trigger for stress. She urged having an open line of communication with your employer about the protocols in place to prevent the spread of the virus.

“We all know that masks are effective and are certainly reasonable at all times, regardless of the levels in your community at the time,” Brady pointed out. “We know that vaccines are very effective in preventing infection.”

Other tips include suggesting staggered working hours or days to your manager, to limit the number of people in the office at the same time. The CDC recommends employees with symptoms of COVID notify their supervisors, get tested, and stay home until they feel better.

Disclosure: United Healthcare contributes to our health issue reporting fund. If you would like to help support news in the public interest, click here.