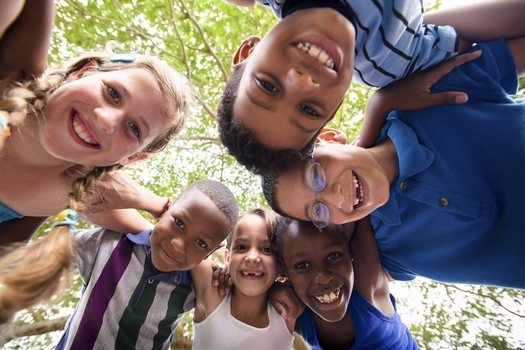 PHOENIX — A decade-long review of how Arizona takes care of its children reveals that the state is failing to provide the social, educational and financial support children need.

The Annie E. Casey Foundation’s 2021 Kids Count data book analyzes the state of American families between 2010 and 2019. The report examines how Arizona and other states are investing in economic well-being, education, health care and the family and community life of children.

David Lujan, president and CEO of the Children’s Action Alliance, said in Arizona that state leaders have done a poor job in terms of children’s futures.

“We’re 40th in the world for child well-being compared to the rest of the country, and really, that’s pretty much where we’ve been for the last decade or so,” Lujan said. “We’ve hovered around the last 10 states, in terms of the work we do to take care of our kids.”

The report shows that 15% of children in Arizona live in poverty, compared to 9% nationally, while one in 10 children in Arizona does not have health insurance, nearly double the national average. Figures on how children fared during the pandemic economic crash won’t be known until next year.

“It didn’t happen overnight,” Lujan stressed. “It’s the result of probably 20 years of disinvestment in much of the resources children need to succeed, things like our public education system, access to health care, safety net programs .”

Lujan added that data shows that in 2019, one in five high school students in Arizona did not graduate on time and about 60% of three- and four-year-olds were not enrolled in preschool. .

He argued that giving children an early start in their education is an invaluable investment.

“When we invest in early childhood education, what research and data show is that it sets children up for success for the rest of their school lives,” Lujan said.

He said there are things that make him optimistic about the future. The expanded federal child tax credit, which takes effect next month, along with other proposals to support families with children, could lift millions of children out of poverty.

Disclosure: The Annie E. Casey Foundation contributes to our fund for reporting on children’s issues, criminal justice, early childhood education, education, juvenile justice, and welfare reform. If you would like to help support news in the public interest, click here.

In a letter sent to the Department of Health and Human Services this week, the American Hospital Association and other health care groups asked the agency to extend its public health emergency declaration.

The policy is officially set to expire in about two weeks, and while experts have said it could be extended through the summer, the change is likely to confuse families about their Medicaid or CHIP coverage status. their child.

Julianne Yacovone, director of child health at West Virginians for Affordable Health Care, said changes in income status and other factors that determine eligibility can cause sudden drops in coverage.

“In West Virginia, that could mean thousands of kids could lose their coverage, just because their parents didn’t know about the expiration,” she said. “They may not know what steps they need to take and what information they need to provide to keep that coverage.”

A report from the Georgetown University Center for Children and Families found that millions of children who rely on Medicaid or CHIP may become uninsured if the public health emergency continued coverage requirement is lifted.

Yacovone said the change could be drastic for some parents, depending on their child’s health needs.

“Things like asthma inhalers can be way out of a person’s price range if they don’t have that coverage,” she said.

Yacovone said she believes West Virginia should work to raise awareness about the end of the public health emergency.

‘They can make the renewal process available online,’ she said, ‘and make it simple and straightforward – say, ‘That’s what we need you to do, so you don’t lose your coverage . “”

A Kaiser Family Foundation report predicted that about 8% of children on Medicaid or CHIP will be excluded from coverage when the emergency ends.

While Ohio trails the nation in outcomes for older youth in foster care, a new report also suggests there’s reason for hope.

According to the Children’s Defense Fund-Ohio, the state is in the bottom 10 percent nationwide on four measures of well-being for 21-year-olds who were in foster care as teenagers.

Young people in Ohio are less likely to graduate from high school, get a GED, find a job, or enroll in school, and more likely to be involved in the justice system.

Deanna Jones, a licensed social worker and former young adoptee, said she understands the experiences of children in care.

“As a teenager, I definitely felt ignored, undervalued, even silenced about my own situation when I was in care,” Jones recounted. “And there are still those young people who don’t feel heard. Young people need to be heard, and we need to show them that their voice matters.”

The report noted that Ohio has implemented major initiatives to improve outcomes, including the creation of an office of youth ombudsman to investigate complaints. Jones acknowledged that it will give hope to those who have had bad experiences in foster care.

The report also called for better data collection from young people while in care.

Laila-Rose Hudson, a law student at Ohio State University and a former foster child, says data is vital. She explained that the rate of abuse in foster homes in Ohio is less than 1%, which she says cannot be accurate.

“Just my story alone, multiple forms of abuse in multiple different homes over 10 years,” Hudson recalled. “If those numbers were accurate, I’d be a statistical impossibility, so we know those numbers are wrong.”

Instead of using exit interviews to learn more about placement experiences, the research suggested using quarterly youth experience surveys and using the data to identify areas where further investigation is necessary. Ohio’s strengths in the report include measures of permanency, placement stability, and a recent decline in the number of young people aging without support.

“Support students by proactively organizing in your local school boards, attending regular meetings, testifying before the state school board,” Benavidez emphasized. “And let your state officials know that you will not tolerate politically motivated bans that attempt to silence our communities.”

“We are doing our students a disservice,” Nichols argued. “Sometimes the truth is uncomfortable; as a parent, I want my son to be able to face uncomfortable truths.”

Ricardo Martinez, executive director of Equality Texas, said his group questioned the Texas Education Agency last fall about various attempts to remove more than 800 books from schools. About 60% focused on LGBTQ topics, 8% on race, and 13% on sex education.