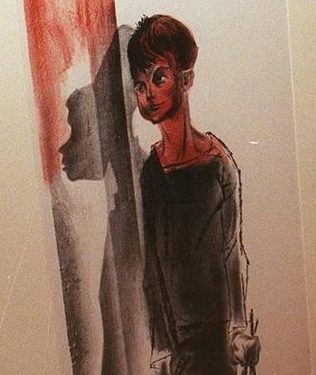 Selling art donated to Laurentian would be “inadmissible”, according to the artist’s family

The family of an acclaimed Canadian painter strongly believes that works donated to Laurentian University should remain at the Art Gallery of Sudbury and not be treated as disposable property.

“As things stand, the university and trustees in bankruptcy are ignoring their ethical and legal obligations to the donors and artists who have trusted Laurentian to hold their precious works of art in public trust,” write Annemarie, Julie and Karl Hagan, whose father Frederick donated a significant number of his works of art to Laurentian in the mid-1990s.

Hagan, who died in 2003, studied with Franklin Carmichael at the Ontario College of Art and began exhibiting at the Royal Canadian Academy when he was 21. His career as a painter, lithographer and watercolourist spans over seven decades and his work has been exhibited at the National Gallery of Canada and the Art Gallery of Ontario, as well as at the AGS in Sudbury.

In 1996, the painter “made a significant donation to Laurentian University,” his children noted in a letter sent Wednesday to Premier Doug Ford and Lisa MacLeod, Minister of Tourism, Culture and Sport. Auditor General Bonnie Lysyk, Laurentian President Robert Hache, and Ernst & Young, the firm appointed as Monitor of Proceedings under the Companies’ Creditors Arrangement Act relating to Laurentian’s insolvency, also received copy of the letter.

“We have the signed Deed of Gift for this donation, which included the Hagan family’s portfolio of 245 drawings, watercolors and prints representing the span of his career as an artist from 1939 to 1989,” the Hagans write. “This portfolio was dad’s tribute to our mother Isabelle who died in 1989; she had been by his side all those 50 years.

In the 1990s, Laurentian also purchased “Fred Hagan’s largest and perhaps most important oil painting, Tribute,” his children note. “This complex, mural-like work explores his personal journey as well as the Canadian artists and landscapes of Northern Ontario that influenced him.

Sudbury volunteers “raised funds specifically for the purpose of purchasing this artwork,” family members add. “It is inadmissible that any work of art acquired with restricted funds raised in the community be sold under this bankruptcy proceeding.”

The family said AGS “has done an exceptional job of caring for and managing” the Laurentian art collection since the university opted out of running a gallery in 1997.

“The university must now honor its initial intention in 1997: to transfer ownership and stewardship of the Laurentian University art collection to the Art Gallery of Sudbury,” they argue. “We can trust the professional staff at the Art Gallery of Sudbury to care for this important collection and share it with the community for decades to come, which the original donors had anticipated.

Lysyk said in a recent audit report that in his opinion, “Laurentian did not have to seek CCAA protection,” notes Hagans. “And yet they did. Due to “mismanagement”, according to Lysyk. »

Following the path of the CCAA has resulted in a “myriad of devastating impacts on individuals, organizations and communities,” the authors of the letter say.

This includes the Art Gallery of Sudbury, which could lose its building, and also worries about the future of its collection, at least part of which could be claimed by Laurentian and potentially sold.

In a claim filed in the CCAA process last year, the gallery argued that the Bell Mansion it inhabits (and which the university owns, having acquired it for a $1 token in 1969) is worth $1.3 million, while the artwork is worth more than $4.8 million. .

The Hagans said they want to make sure the issue of Laurentian University’s art collection isn’t overlooked.

“This art collection of over 1,400 works was carefully collected and curated by professional staff from 1967 to 1997,” they note. “It represents over 400 Indigenous, regional, Canadian and international artists. And Laurentian University’s art collection is at risk.

This is not hyperbole, they insist.

“The ongoing bankruptcy proceeding at Laurentian University treats the publicly owned art collection as everyday assets that can simply be sold and dispersed to pay off debts,” the trio wrote. “This is both unethical and a betrayal of all the donors who have contributed to this important collection. And to all the artists represented in it. And to the community.

The Hagans cite a code of ethics from the International Council of Museums which states that “museum collections are held by the public and cannot be treated as a realizable good,” as well as ethical guidelines from the Canadian Museums Association which state that “it is clearly unethical for museums to dispose of collections in order to provide funds for purposes other than the direct acquisition or maintenance of museum collections”.

The collections policies of the former Laurentian University Museum and Art Center (which preceded the Art Gallery of Sudbury) adhered to these ethical guidelines, the Hagans say. Their deed of gift, used for art donations, stated: “Any proceeds from the sale, or received as insurance against damage or destruction of works of art, will be applied to the purchase of other works of art. ”

Each deed was signed and witnessed by the donor and Laurentian staff, the Hagans point out.

In a press release on Wednesday, the Art Gallery of Sudbury said it continued to seek assurances that its assets, including artwork, were protected.

AGS filed a claim in the CCAA proceedings in July “to ensure that the process does not have unintended consequences for the gallery, given our long-standing relationship with the University. Laurentian,” said gallery director Demetra Christakos.

“To our surprise, the court-appointed monitor has used this proof of claim process to attempt to summarily assert that the art and our premises described therein should be among the assets available to satisfy the creditors of the Laurentian University.

The Comptroller’s position “shows a complete misunderstanding of public art galleries, their role in the societies in which they operate, the nature of their holdings and the history of this case,” according to the AGS statement. .

“As such, the gallery has now been compelled to hire counsel and commence legal action to prevent these assets from being unfairly and unnecessarily dragged into the CCAA process.”

The gallery said it has proven itself to be financially responsible throughout its existence and “continues to grow and thrive”. His intention is to “continue this path now and in the future”.

AGS said it is important to note that the artworks that make up the LUMAC collection represent part of the gallery’s permanent collections.

“The gallery’s board understands and appreciates the importance and vital role these assets play in the community,” the AGS said in its statement.

“The gallery’s goal is to protect the assets for the benefit of the public and to continue to promote and fulfill its mandate to be an educational, cultural and tourist destination in Northeastern Ontario.

2022-04-28
Previous Post: Wood’s children’s books are to be printed for the Trigg County Historical Society
Next Post: These green books are poisonous – and there might be one on a shelf near you