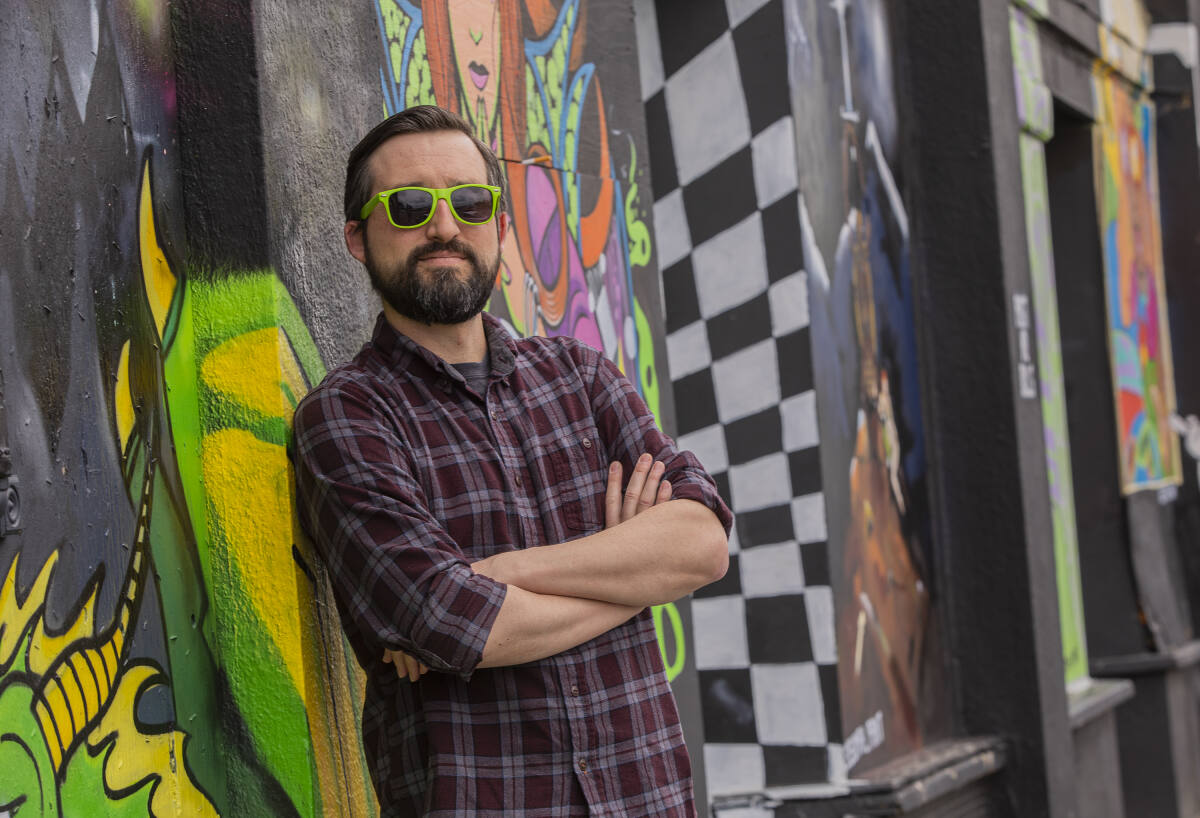 “Behind the Byline” introduces you to those who write stories, take photos, design pages and edit the content we deliver in our print editions and on pressdemocrat.com. We are more than journalists. As you will see, we are also your neighbors with unique backgrounds and experiences that proudly call Sonoma County.

Today we introduce you to Charlie Swanson, one of our online producers.

My earliest memory of journalism was in eighth grade at St. Rose Catholic School, when I lost a student council race.

As a consolation, the teacher let me take on the role of editor of our class newspaper, a two-sided sheet of “news” and other teenage ramblings. I remember sitting on the floor in the school hallway, asking my fellow writers, “What do you have for me?”

I hadn’t realized it at the time, but I was grateful to get into journalism instead of politics. It was a chance to connect with other kids in the class, and it was a way of telling stories. These themes have followed me throughout my career.

As a teenager, I discovered the local music scene through bands like the Blockheads and Little Tin Frog, who played over lunch at Maria Carrillo High School. I was desperate to get on stage, but I couldn’t play an instrument to save my life, and my singing voice practically died on the vine during puberty. But, I was able to connect with these groups and other cool kids by reading Section M Magazine.

In college, I began to work actively in journalism, writing for the Sonoma State Star at Sonoma State University, while co-hosting a weekly radio show and making short films. students.

It was a way of telling stories and connecting with the musicians and artists I looked up to.

Yet I never really considered getting paid to do this job. For a decade, I freelanced my writing in exchange for free tickets to shows, albums, books, and DVDs. I also did it out of love. As simple as that.

For the money, I worked in live events after college, performing as an AV technician for corporate conventions around the country. I loved traveling, but most of the time it was grueling and mind-numbing.

To get away from it all, I wrote stories about Norwegian metal bands and compiled band biographies for Noise Pop festival guides.

In my mid-twenties, I moved from my hometown of Santa Rosa to Portland, Oregon for a four-year stint in the Pacific Northwest.

I couldn’t find steady work because it was 2008 when the live event job bottom dropped. However, this gap allowed me to join the alternative weekly, the Portland Mercuryas a music blogger for literally $50 a month.

I’ve always spent my Mercury money on burritos. Still, my time in Portland really cemented that I wanted to do more journalism.

When I moved back to Sonoma County ten years ago to be close to my new girlfriend (now wife) and family, I got my first full-time job in alternative media. This job allowed me to reconnect with old friends and harvest some nice kids in North Bay.

I’ve covered film festivals, music festivals, art exhibitions, concerts and everything in between.

More importantly, I had the opportunity to tell the stories of those who could make great art or make positive changes in the world, and I could call those people friends. It means everything to me.

After nearly a decade in North Bay alternative media, I decided to join The Press Democrat team this year. Now, as an online producer, I have the chance to work in a daily newspaper for the first time in my career.

I’m on the front line of the digital world at The Press Democrat. I help maintain our website’s news feed, update articles online as information comes in, write multiple articles each day, and get our stories out through the media social.

It’s been an exciting experience, and even though I’ve only been on the team for three weeks, I already feel an affinity with the reporters and editors around me.

I make new connections and get the chance to tell new stories. I can’t wait to see what happens next.