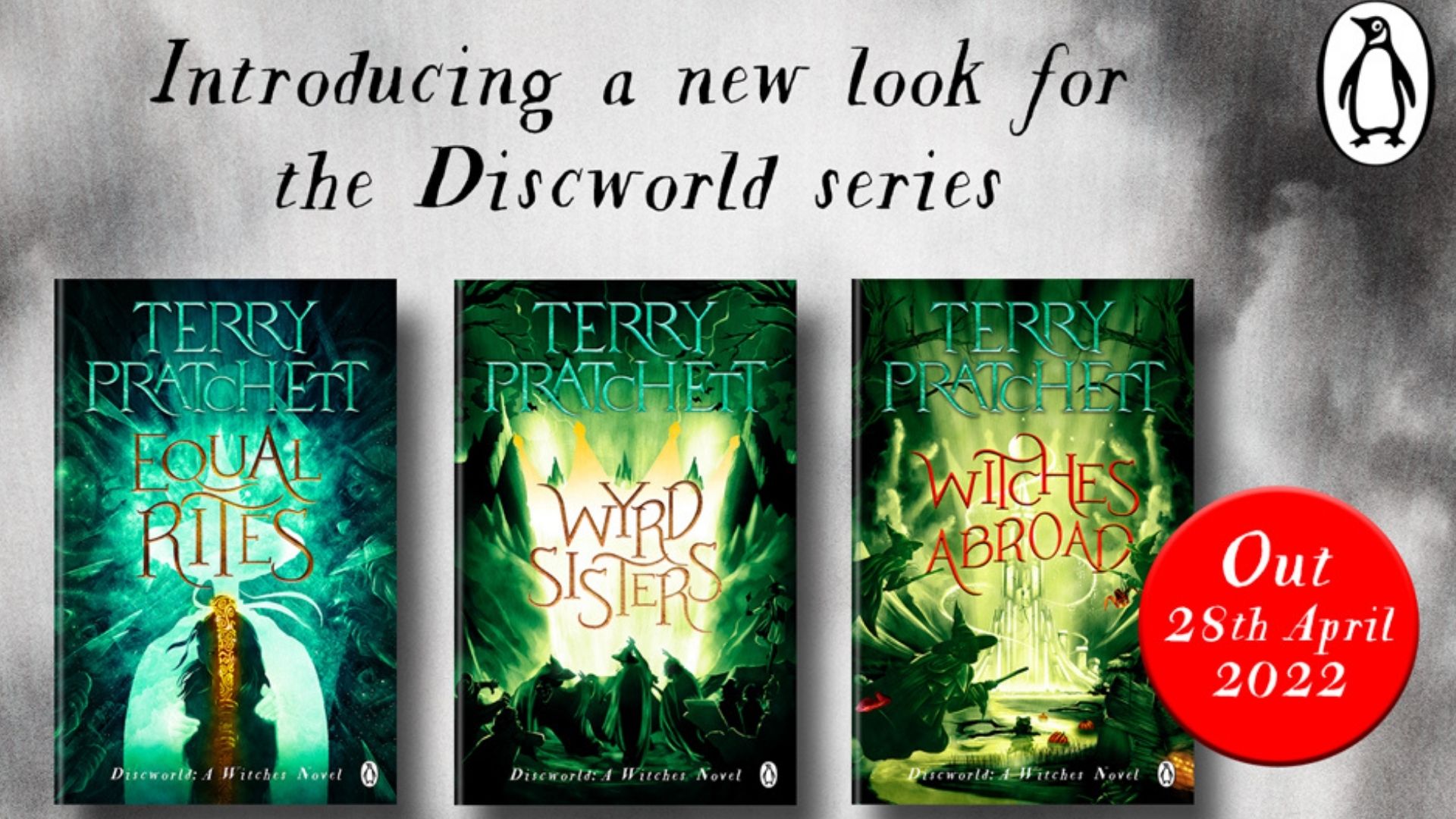 Transworld has unveiled new editions of Terry Pratchett’s Discworld series to mark the first Terry Pratchett Day. The new covers will begin with all six books in the Witches series–Equal Rites, Wyrd Sisters, Witches Abroad, Lords and Ladies, Masquerade and Jugulum Carp–with standalone title Little Gods. They will be released on April 28, which would have been the author’s 74th birthday (he died in 2015), and will now be Terry Pratchett’s Day. There will be a social media activity program, online games and quizzes, recipes, snippets and a virtual event.

The new covers were designed by freelance graphic designer Leo Nickolls in collaboration with Dunmanifestin, led by Rob Wilkins and Rhianna Pratchett, and Transworld Deputy Art Director Richard Shailer. Each book has received a new livery, which includes the cover as well as the new typeface for Pratchett’s name, as part of a two-year project to introduce the series to new readers.

New editions of the Wizards series, The color of magic, The Fantastic Light, Sourcerie, The Last Continent, Interesting times and Invisible Academics, will be released on July 7, followed by the Death series, dead, reaper man, soulful music, Hogfather and time thief, October 27.

The Industrial Revolution series, City Watch series, and other standalone titles are slated for release in 2023.

Rob Wilkins, who manages the Pratchett Estate, said: “We are extremely excited about the stunning new covers of Terry’s Discworld novels and have been delighted to work with Transworld to bring this updated collection to existing fans and new readers alike. .”