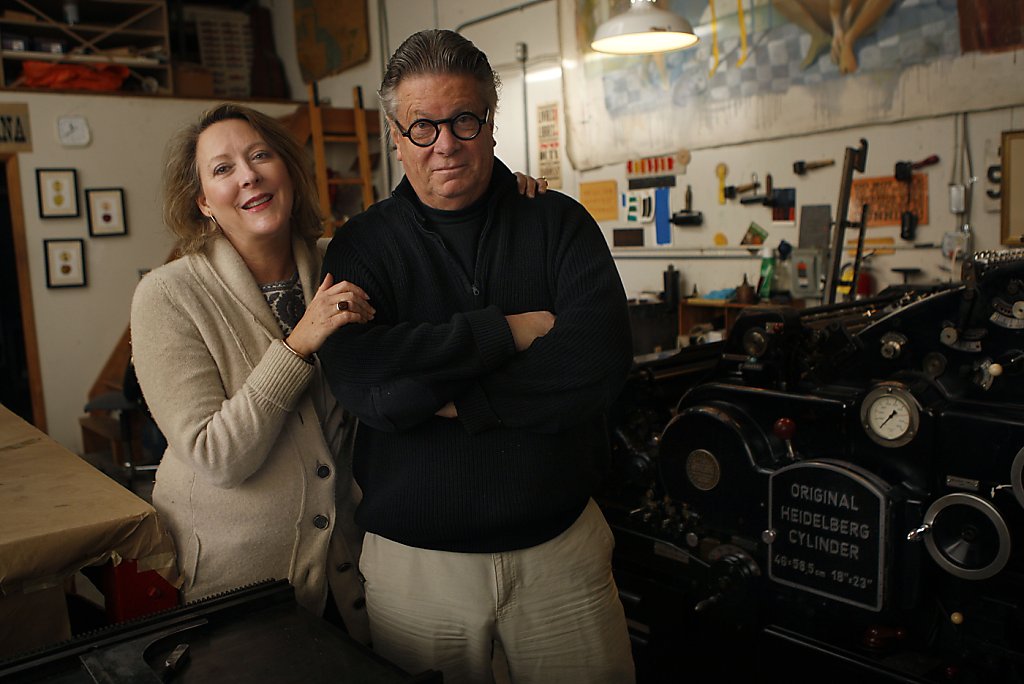 The fair celebrates the fine arts of the book

For Berkeley art printer Peter Koch, the growing popularity of e-readers has nothing to do with books.

“The future of the book is secure,” says Koch, who, along with his wife, Susan Filter, founded the Codex Foundation to preserve and promote the handmade book as a work of art.

The 2013 Codex International Book Fair takes place Sunday through Wednesday at the Craneway Pavilion in Richmond, and among the books by contemporary artists, typographic prints and fine art that will be on display there, says Koch, “It’s the books that will be saved.”

Certainly, the books of the future that Koch refers to are not what he calls “robot-made books” like hardbacks and consumer paperbacks, but rather hand-crafted books that incorporate digital techniques. printing and bookbinding, and a sensitivity to fine art, from top to bottom. book artists like Veronika Schapers from Germany and Russell Maret from New York.

“If you want to preserve culture, you have to preserve material culture,” he says. “And the book is one of the most magnificent inventions of all time.”

Tools of the trade

The couple work in an unassuming studio in an industrial area of ​​Berkeley, but behind the unmarked metal door are pristine tools of the art printing business: a 100-year-old Chandler and Price platen press, Vandercook & Hacker cylinder, and drawers and drawers full of typefaces, many salvaged from old Western state newspaper offices.

As employees mill about in the bright space punctuated with typographic artwork, a used target from a shooting range, stacks of paper and of course art books, Koch says, “ This studio is like a wardrobe of wonders”.

With the help of an army of volunteers and the enthusiasm of the vibrant Bay Area book art community, Codex 2013 will feature more than 180 book arts practitioners from the United States and abroad. .

The biennial fair includes an already sold-out two-day symposium which attracts exhibitors, curators and scholars, as well as the public book fair which is expected to draw nearly 3,000 people over the four-day period.

In addition, the Kala Art Institute in Berkeley offers a series of Codex-related workshops, given by artists whose works will be exhibited at the fair.

“The fair is an extremely rare opportunity to see traditional and non-traditional works performed at the highest level,” said Rhiannon Alpers, studio operations manager at the San Francisco Center for the Book, who will be exhibiting her Imprint publications at the fair. “Most of the exhibitors present are masters of the craft,” she adds.

Due to the layout of the show, the book artists are seated behind the table, ready to speak to the parading visitors. “It would be like painters standing next to their art in an art gallery and talking about their process,” says Filter.

Carolee Campbell of Ninja Press is one of the book artists exhibiting at Codex, and her enthusiasm is palpable. “I have a creative challenge watching the work of my colleagues at Codex,” she says.

“It’s exciting. Sometimes it’s hard to sit at my table!” Campbell is also enthusiastic about the public reaction to the artwork on display.

“Maybe they’ve never seen a finely printed book before,” she says, “but books have an inescapable tactility that demands you pick them up and touch them. We make these books for their tactility. .”

Filter says the Codex Foundation began making a special effort to reach out to the fine arts community in Mexico in 2011.

He contributed to the creation of Codex Mexico, an initiative to promote the book arts in Mexico and Latin America, and to foster the development of international collaborations, cross-border awareness and the exchange of skills and ideas.

Along with exhibitors from Europe and Japan, where the art book tradition has traditionally had greater visibility, Koch says, “Nine presses and a manual papermaker from Mexico will be here.

Koch and Filter believe that now is the time for the art book as a growing area of ​​interest for young collectors. “Before, having a ‘gentlemen’s library’ was a sign that you were smart,” says Koch, but over time the activity’s popularity has waned.

Now, with an interest in book arts as a counterpoint to the burgeoning increasingly digital world, “you could start anywhere – with a $25 or $100,000 handmade book – and you’d be in ahead of the game by starting a hip, exciting collection,” says Filter.

2013-02-06
Previous Post: “In Retrospect”, Where the Books are the Art, at the Castle Gallery
Next Post: How To Prepare an Art Portfolio for College | Art