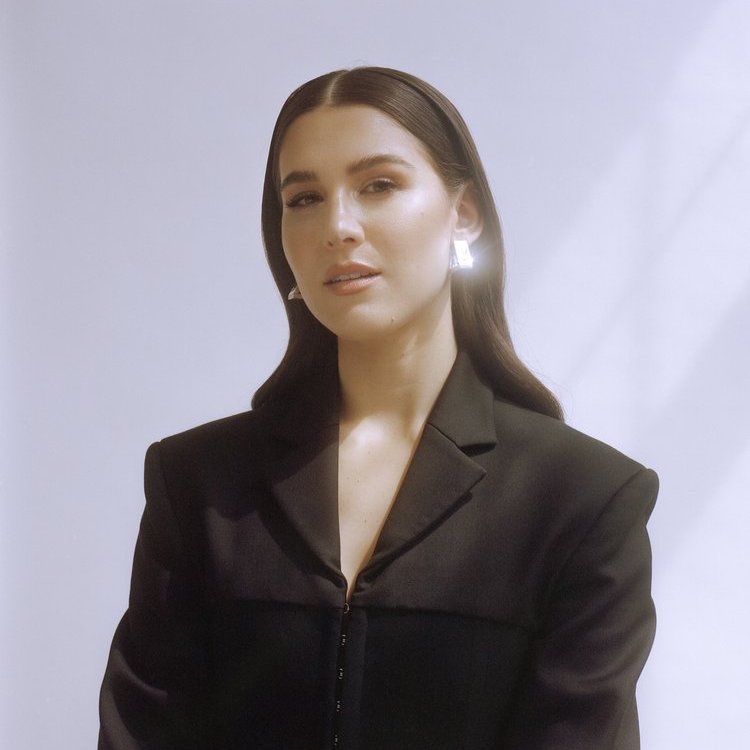 Our daily view of the world through the prism of design.

The Design Dispatch offers essential, expert-written news from the design world, curated by our dedicated team. Think of it as your cheat sheet for the day in the design delivered to your inbox before you’ve had your coffee. Subscribe now.

Got something our readers need to see? Submit it here

Meet the Founder of the World’s First Decentralized Art Fund

Jordan Huelskamp was familiar with Web3 and its traditional applications in the art world before founding Salon, a pioneering decentralized art fund. The Stanford alum cut her teeth at Apple and artsy before founding the fund, which is the first decentralized autonomous organization (DAO) to use blockchain to manage its collection of real-world artworks, not NFTs.

“In the art market, I see a growing appetite for alternative investment models – companies offering fractional ownership of works and growing demand for digital art, for example,” says Huelskamp. “Salon offers a new model for developing and diversifying an art portfolio while remaining grounded in the magic of the traditional art world: personal connection, community, and joie de vivre with the works in your collection.”

For its investors, including artists, art professionals, technology enthusiasts, individuals and traditional investors, Salon provides the benefit of community governance and the flexibility of using USDC cryptocurrency for investing. Acquisitions are also made with the collective participation of the DAO. Once purchased, the artwork is under the stewardship of its members, who can use their collective funds and expertise to have a greater impact than would be possible individually. “Decentralized organizations are redefining the nature of collaboration and benefit sharing for groups of individuals who organize to advance common investment goals,” says Huelskamp. “With Salon, we are leveraging the principles revolutionized by Web 3 – common ownership, shared governance and chain transparency – to create a distinguished collection of contemporary art.” —Jenna Adrian Diaz

The Hirshhorn Museum is expanding its collection with a post-pandemic acquisition spree.

“During the intense peak of the pandemic in 2020, museums had little to do except set up online programming and hope for the best. The Hirshhorn Museum and Sculpture Garden in Washington, DC, however, took advantage of this tumultuous time to expand its permanent collection. Since the end of 2019, the institution has acquired 95 works by 60 artists, including pieces by Huma Bhabha, the guerrilla girlsYayoi Kusama, Zanele Muholi, Christina Quarles, Tschabalala Self, Lee Ufan, Dana Awartani, Amoako BoafoPaul Chan, Jeffrey Gibson, Chuck Close and Rachel Jones. [H/T ARTnews]

“The US Copyright Office, art critic Robert Storr and artist Barbara Kruger are all weighing in on Andy Warhol’s ensuing Supreme Court trial in October. The case, for which a number of prominent figures and leading organizations have filed amicus briefs, should have major ramifications for the future of fair use, copyright and how the country balances the need to protect artists’ rights without stifling Creativity Others At the center of the dispute is a 1981 photograph of the singer Prince, taken by Lynn Goldsmith, which Warhol later used as the basis for a series of serigraphs. [H/T Artnet News]

Peloton said Wednesday it has reached an agreement with Amazon to sell exercise equipment, accessories and apparel on the retailer’s U.S. website, as the stationary bike maker attempts to reinvigorate sales. accord is Peloton’s first attempt to sell products outside of its direct-to-consumer model, such as its e-commerce site and showrooms.Products available through Amazon include the Peloton Bike, priced at $1,445 $, and the Peloton Guide, a training device priced at $ 295. The company’s more expensive Bike+ machine and Tread treadmill aren’t available on Amazon, but can still be found on Peloton’s site. [H/T The New York Times]

The Frank Lloyd Wright Trust is launching a virtual tour of its demolished Imperial Hotel.

“Frank Lloyd Wright left this earth in 1959 with a legacy that included over 1,000 designs. Some of his designs remain the most iconic buildings in cities around the world. However, some of the architect’s ambitious projects have never never made or were demolished.These include the magnificent Imperial Hotel in Tokyo, Japan, which existed from 1923 to 1967. Although no longer in existence, a Frank Lloyd Wright Trust project titled Frank Lloyd Wright: The Lost Works allows viewers to take a tour of the hotel.” [H/T My Modern Met]

“Hours after the task force formed by the Orlando Museum of Art in the wake of this summer’s Basquiat scandal revealed that several trustees would leave the institution’s board, the museum announced that the executive director by Acting Luder Whitlock had resigned. Whitlock had arrived on board just six weeks ago after the departure of director Aaron De Groft, who brought the “Heroes & Monsters” exhibit to the museum in February. The art in this exhibit, allegedly by Jean-Michel Basquiat, was seized by the FBI in June as part of a long-running investigation. [H/T Orlando Sentinel]

Venice creates a map of water fountains so that tourists reduce the use of bottled water.

“As visitor numbers begin to rebound from the pandemic, Venice is looking for ways to minimize the environmental impact of tourists. The Italian city recently launched a new fountain map, with the aim of encouraging visitors to access drinking water from these sources instead of using plastic bottles.The campaign was launched after local government data revealed that tourism accounts for between 28 and 40 percent of waste generation, depending on the season. [H/T Designboom]

Richemont sells most of its loss-making stake in YOOX Net-a-Porter to Farfetch.

Richemont has announced a long-awaited deal to offload the bulk of its online fashion retailer YOOX Net-A-Porter, paving the way for its labels to sign up for technology run by luxury e-commerce specialist Farfetch. The deal, taking off its books a loss-making business that had become a distraction for the Swiss luxury group, was well received by analysts and Richemont shares rose 3.6% in post trading. The deal follows months of negotiations that were complicated by the e-commerce sector pulling back from pandemic highs as consumers returned to physical stores. [H/T Reuters]

Retirees Nike Vapor shoe is legendary among tennis stars and will not die.

This new video game will test the knowledge of art history enthusiasts.