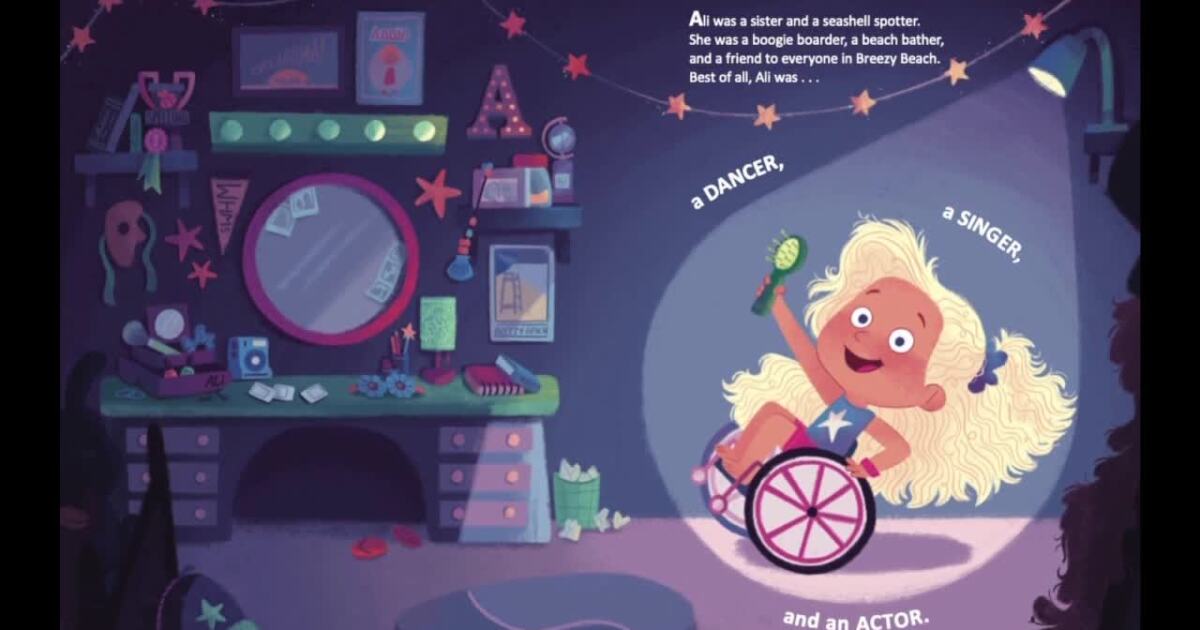 Tony-winning actress and now author Ali Stroker is the first wheelchair-bound actor to appear on Broadway. She joins us this morning to talk about her inspiring new children’s book, “Ali and the Starfish”.

Ali Stroker says the book was inspired by his real life. She says: ‘I was introduced to musical theater when I was seven on the Jersey Shore and my book is about Ali, our main character who decides to put on a show at the beach and she has all the kids from the neighborhood audition and she throws her sister and her dad here, and they’re going to put on the show but something’s wrong. Ali needs to get creative and solve his problem and the show needs to go on and this book means so much to me and I’m so excited for it to be in the world.

When asked what the inspiration was, she said it was my real life, that growing up I didn’t have a lot of content, you know books, TV shows to watch and in As a little girl in a wheelchair, I really didn’t have one to see myself represented and so I continue to want to create authentic representation for young children with disabilities because they deserve to have someone to look up to.

Ali says, “I dreamed of being on Broadway back when this book, you know, I was seven years old when I was introduced to acting and I was going to Broadway shows all the time but I didn’t never saw anyone with a disability or in a wheelchair so this dream so vivid and real to me but i wasn’t sure if it would ever be possible as it had never been done before but i was determined . So to have arrived there, to have been on Broadway was and is my dream come true.

You can find Ali and the Starfish wherever books are sold.