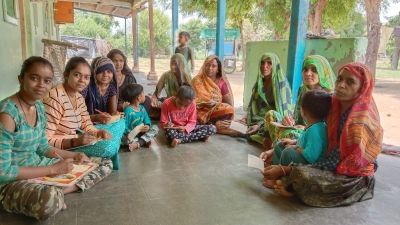 Lucknow: The Yogi Adityanath government in Uttar Pradesh plans to establish three new women’s shelters and children’s homes in three districts of the state. According to the government spokesperson, the government has planned to set up new women’s shelters with a capacity of 100 beds each in Ghazipur, Moradabad and Ghaziabad districts at a cost of Rs 20.21 crore.Read also – Women are 22% more likely to suffer from a long Covid than men: study

In addition, a government children’s home with a capacity of 50 beds in Agra and state observation homes with a capacity of 100 beds will also be constructed in Rae Bareli, Kanpur, Mirzapur and Chitrakoot. Read also – June 24 will be designated as International Women in Diplomacy Day: UNGA

On behalf of the Department of Women and Child Development, a proposal was sent to the government to construct new children’s homes and shelters, on which the government gave its approval. Also Read – Explained: What is the Agnipath Schema? Can women apply? Recruitment Dates, Eligibility, Salary | Watch the video

The Deputy Director of Women and Children’s Department, Brijendra Singh Niranjan, said: “The capacity problem would be solved by the construction of new children’s homes, women’s shelters and government observation houses in the country. State.

He also said that it is their responsibility to provide shelter with better facilities to orphaned children and make them responsible and self-sufficient.