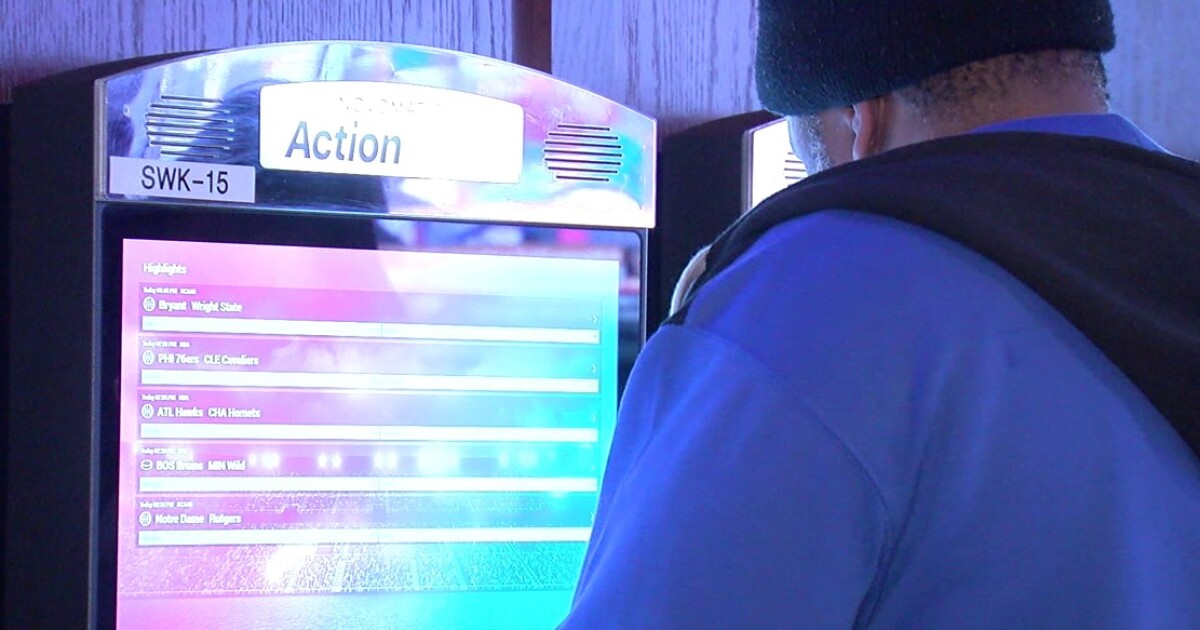 CINCINNATI — It takes less than 15 minutes to drive from Scoreboard Sports Bar in Miami Township to the Indiana state line.

Co-owner Kevin Olthaus knows this because his customers regularly leave his bar to place sports bets on their phones. This is why Olthaus wants to install sports betting kiosks as soon as possible.

“I’ll take as much as they let me,” Olthaus said. “I don’t know if people go from Blue Ash to Indiana. But certainly, on the west side of Cincinnati. Absoutely. There is a path. No question.”

Ohio is charting its own course with a free-market approach to sports betting that one expert calls “the best in the country.”

Eric Ramsey, senior market analyst for the PlayUSA Network, said Ohio could produce $12 billion a year in total wagers, or manage, once the industry fully develops. That’s nearly three times the official state estimate, which says the industry will generate $3.35 billion in total wagers and $243 million in taxable income. If Ohio’s conservative estimate is correct, $24 million will flow into state coffers each year. If Ramsey is right, the tax windfall could approach $90 million.

Ramsey thinks more is possible because Ohio has combined ideas from other states to offer more license types. This approach will welcome online giants like FanDuel and Draft Kings, as well as casinos, racinos, sports teams and bar owners like Olthaus, which already offers gambling with Ohio Lottery terminals.

“Every operator you can think of is going to get a license in Ohio,” Ramsey said. “It’s easier to get licensed as a small business, a small operator in Ohio, which is good for everyone. It’s good for the customer, good for the industry. It gets things done. Innovation is always great.

The Ohio Casino Control Board is currently drafting the rules for three types of sports gaming licenses that will allow 25 online operators to compete and partner with 40 retail or physical sportsbooks. A further 20 licenses will be offered to sports book owners who operate kiosks in bars and restaurants.

The lottery factor
“I offer whatever I can,” said Olthaus, whose Miami Township bar has partnered with the Ohio Lottery since 2007, offering KENO and Touch & Win terminals that play like slot machines.

“It doesn’t change needle revenue, but overall we’re offering it,” Olthaus said. “They will come here and they may stay longer to watch KENO or they may come here just because we offer it and someone else doesn’t. I know this happens for a fact.

The Ohio Lottery Commission estimates that 2,500 bars and restaurants will get sports gaming hosting licenses. That’s about 25% of the 10,111 lottery retailers statewide. To qualify for a host license, business owners must be an existing lottery partner with a D-1, D-2, or D-5 liquor license. And they must partner with a licensed sports betting owner to run their kiosks, with state-imposed limits on the amount and nature of bets offered.

The Ohio Casino Control Board will begin accepting license applications in late summer and is mandated by state law to launch Ohio sports betting by January 1, 2023. .

“I think a lot of new players will come out of it,” Olthaus said. “Not crazy players, just people who (say) ‘Oh, the Bengals game is coming. I just put $10 on the Bengals game. “

Retail sports books
Ohio’s 40 retail licenses will be distributed throughout the state based on population and a state preference for sports teams, casinos and racetracks. Hamilton, Franklin and Cuyahoga counties are each expected to claim five locations. Warren County would have two, Butler and Clermont would have one each.

All four casinos and 11 racinos in Ohio will have preferred access to retail licensing, including Downtown’s Hard Rock Casino, Belterra Park in Anderson Township and Miami Valley Gaming in Monroe.

“It’s not a huge moneymaker,” said Jon Lucas, chief operating officer of Hard Rock International. “But what it does is that that customer who is betting on sports is obviously a player. So that generates ancillary revenue in the other games that we have on the property.

In an interview last October, Lucas told the I-Team that his Cincinnati property built a sports betting space as part of a $40 million renovation last year.

“It’s to the right of the cafe, that open space over there,” Lucas said. “And behind that wall will be the stations. And that little alcove where the battery is, that’s where the booths will go. So it’s actually already disbursed. Just put the equipment in place. So the minute they pass here in Ohio, we’re good to go.

Belterra Park and Miami Valley Gaming did not respond to interview requests. But each revealed details of their sports betting plans in regulatory filings.

The Reds, Bengals and FC Cincinnati did not respond to requests for sports betting information. But two of the teams offered insight into their plans during testimony before the Senate Special Committee on Gaming last year.

“Our vision would be, assuming we had access to the Type A license, we would partner with a sports betting operator who would set up some form of point of sale located there on the banks,” Doug Healy said. , chief financial officer of the Cincinnati Reds. the panel last May. “A commercial presence on this riverfront could be an economic driver that helps generate foot traffic, which further supports these businesses and restaurants as they continue to recover from the economic devastation of COVID-19.”

FC Cincinnati co-CEO Jeff Berding said the team has not decided to place its sportsbook in TQL Stadium or a nearby mixed-use development. But he leaves no doubt that the football club wants in on the action.

“Other states are giving our peer teams that extra boost, and we’re not on the coasts,” Berding told the panel last March. “Let’s build a system that puts our Ohio teams on par or better than our league peers. We compete for players against teams in other states. These states give these teams advantages. Don’t let us fight for championships with one hand behind our belt.

Market Leaders
Although retail licenses and kiosks make sports betting available in many corners of the state, most bettors will use their phones to participate in the Ohio sports betting market.

“We’ll see people betting games in the stands for the games they’re in,” Ramsey said. “This represents quite a significant policy shift for the leagues, which have long been the biggest opponents of legalized sports betting and which in the modern era have embraced it.”

In most states, over 90% of the sports betting market is controlled by online sportsbooks, including FanDuel, Draft Kings, Bet MGM, and Caesars. When the Ohio market opens in January, Ramsey expects these national players to ramp up advertising and promotional offerings to attract new Ohio customers.

“New York probably got a little carried away. We’ve seen Caesars offer $3,300 in free bets and account bonuses for new customers,” Ramsey said. “We might not see quite that level of spend in Ohio, but you’ll see $500 and $1,000 bonuses from multiple operators.”

Ohio’s open market approach extends to the types of bets that may be offered. Six states ban betting on college sports in their own state, according to the American Gaming Association. Not Ohio. Three states mandate the use of official league data when offering in-play or proposition betting. These are data-based bets that are not dependent on the final outcome of a game. Examples may include who wins the coin toss or whether Joe Burrow will exceed his average received yards in a particular game. Sports teams have asked Ohio lawmakers to mandate league data, but it’s not mandatory.

The Reds were among those arguing for league data and other restrictions, including a 20-license cap — not the panoply of choices Ohio ultimately decided to offer.

“Twenty licenses are more than enough to meet initial market demand,” said Healy, the team’s chief financial officer. “The open market has unintended consequences like consumer confusion, frustration due to over-saturation, the presence of less scrupulous and sophisticated operators who cannot make a dent in the market and cannot provide customer service of quality, leaving a bad mark on the entire industry and an overwhelmed casino supervisory board trying to serve as a watchdog for too many mobile operators.

But the free market sounds great for the Scoreboard Sports Bar manager.

“It’s the west side of Cincinnati,” smiles Olthaus. “There is always a need to play.”