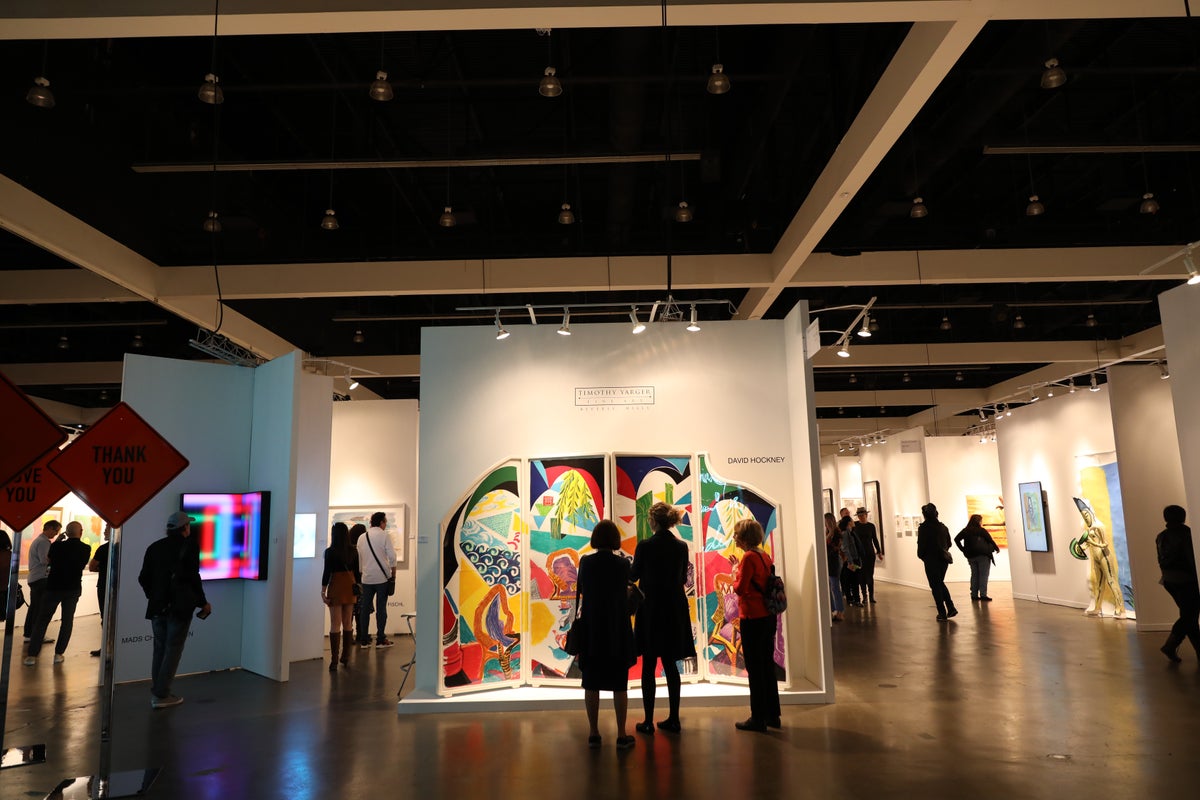 Why billionaires like Jeff Bezos are investing millions in contemporary art

In the 1987 movie “Wall Street”, Michael Douglas starred as Gordon Gekko, a powerful and ruthless corporate raider. Charlie Sheen portrayed Bud Fox, an up-and-coming Wall Street stockbroker who eventually became one of Gordon Gekko’s stock traders. There is a scene in the film where Gekko talks about his painting of the Spanish painter Joan Miro (1893-1983). The painting is “Landscape”, an oil on canvas from 1974. Referring to the Miro, Gekko told Fox,

“This painting here. I bought it ten years ago for $60,000. I could sell it today for $600,000. The illusion has become real and the more real it becomes, the more desperately they want it. Capitalism at its best.

Fine art can be seen throughout the film on the walls of the wealthy. Some notable artists represented in “Wall Street” were:

But it wasn’t just the fictional super-rich of the 1980s who invested in the fine arts. Two notable real-life personalities today are Robert Soros and Amazon.com Inc. AMZN founder Jeff Bezos. Soros is the founder of Soros Capital Management and the eldest son of a billionaire investor George Soroswho became known for shorting the British pound in 1992. Jeff Bezos made his fortune with the company he started, Amazon.

ARTnews.com reported that the same year Bezos became the first person worth over $200 billion, he was also revealed to be an art collector. An Ed Ruscha painting titled ‘Hurting the Word Radio #2’ (1964) sold for $52.5 million at a Christie’s auction in November 2019 to an anonymous bidder by phone, setting a record for the artist. The anonymous buyer turned out to be Bezos, according to the Baer Faxt newsletter, which reported that the billionaire also bought Kerry James Marshall’s ‘Vignette 19’ (2014) at a Sotheby’s auction for 18.5 million of dollars.

So why has there been so much interest in fine art among the super-rich, like George Soros and Jeff Bezos, to name a few?

Prices for contemporary art have actually exceeded S&P500 by almost three times between 1995 and 2020. Contemporary art has also appreciated faster than stocks, REITs and even gold during periods of high inflation. So it makes perfect sense that those with the means to invest in multi-million dollar works of art would do just that.

The average investor, however, may find it difficult, if not impossible, to invest in works of art valued at millions of dollars. To alleviate this challenge, there are new startups that allow investors to buy fine art “stocks” for minimal investment. These works are stored securely while they appreciate in value, then later sold and the proceeds distributed to shareholders.

Ordinary, everyday people can now invest in fine art, along with billionaires like George Soros and Jeff Bezos.

Photo by Hayk_Shalunts on Shutterstock